Dean Atta says drag and queer identity “influences everything” he does 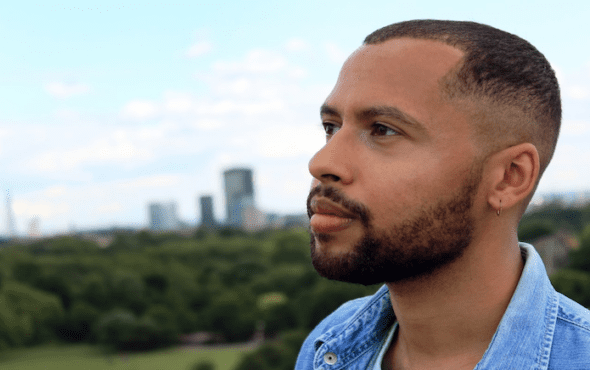 The Black Flamingo author opened up in a new interview about his heritage and LGBTQ+ identity.

Poet Dean Atta explained how his self-described mixed identity and sexuality shape his creativity in a new interview.

“I’m Black and mixed and gay and male and a poet and a drag performer and I was raised Christian – and I could go on. It all influences everything I do, whether I choose to lean into certain things or push against them. They’re all interacting in my psyche all the time,” he said.

The author also broke down how drag feeds into his creative realm: “With drag, I decided to have fun with it all. I decided early on that I’d come onto the stage in a pink outfit and I’d leave the stage in a black outfit – I just had to decide what would happen in the middle part.

Atta’s novel, The Black Flamingo, is all about a mixed-race gay teen finding his identity through drag and was awarded the Stonewall Book Award.

Speaking candidly about his identity, Atta also explored how he feels connected to his Greek-Cypriot and Jamaican cultures.

“You’ll see how hair comes up several times for Michael in The Black Flamingo, and it’s one of several cultural signifiers I plan to unpack further in a non-fiction book I’ll be writing over the next few years,” he says reflecting on his novel. “There’s also landscapes and how people interact with nature, different qualities of light, colours, textures, people’s body language and how they hold and present themselves.”

The author added: “Spending time with my family, I get to experience their interpretation of their culture, or the parts of it they feel able to share and express living here in the UK. When I visit Cyprus and Jamaica, I get to experience things first-hand, still through the lens of family but also with other people outside of that.”

Related: 10 LGBTQ+ books you have to read this Pride Month