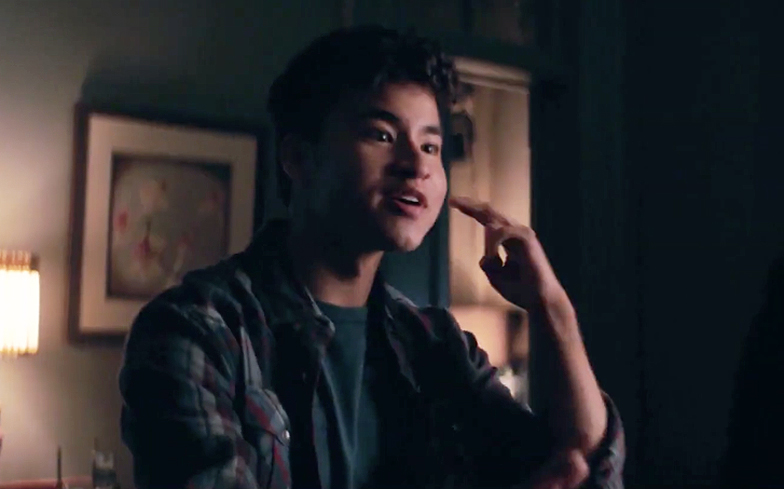 Chella Man’s character Jericho is about to make his debut in Titans.

The trailer for the second season of the DC Universe original series, which is a more mature take on the iconic DC Comics superhero team Teen Titans, gives viewers a short-but-sweet glimpse at Jericho, the son of villain Deathstroke.

The character has the ability to possess anyone he makes eye contact with and – like Chella himself – is deaf and so uses sign language or the voice of his host bodies to communicate.

“As a Deaf individual who uses sign language on a daily basis, Jericho’s primary mode of communication hits close to home,” wrote trans activist and artist Chella on Instagram.

“I RARELY saw sign language authentically represented on screen growing up, so this incredible opportunity has made my heart soar. Who you are should NEVER limit what you dream to achieve.

“Take it from a Deaf, queer, Jewish, person of colour who has always dreamed of being a superhero and has now been granted that exact opportunity.”

Jericho in the comics is bisexual, so we’re hoping this makes it into the series, especially as DC shows have been good for representation so far – Ruby Rose is getting her own series as lesbian Batwoman, and Supergirl got its first trans character earlier this year.

Watch the trailer below, which also introduces us to Deathstroke, Superboy, Aqualad and more new characters.

Titans season two premieres on 6 September on DC Universe in the US.