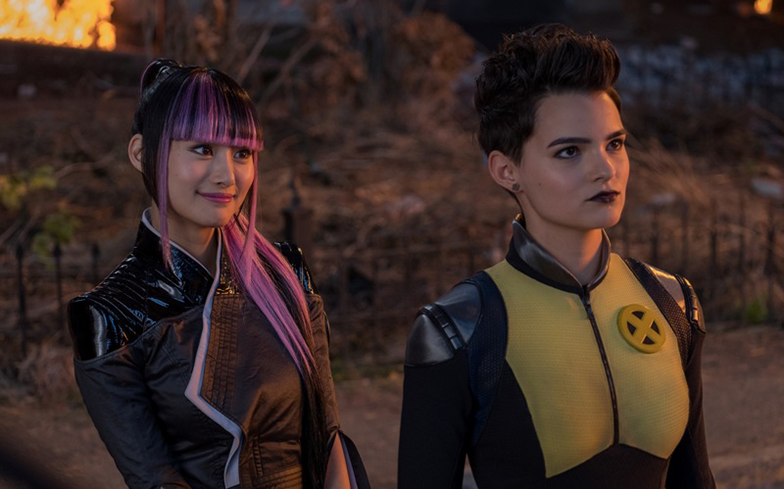 “As a member of the LGBTQ community myself, it feels awesome to be paving that path.”

American actress Brianna Hildebrand has opened up about her groundbreaking role in Deadpool 2.

Upon release, the introduction of their relationship received rave reviews from several LGBTQ outlets.

GLAAD called the storyline “groundbreaking” and a “first-of-its-kind moment in a wide release superhero film.”

Sarah Kate Ellis, CEO and GLAAD President, praised the franchise and 20th Century Fox for providing “countless moviegoers around the world what they’ve longed to see — LGBTQ superheroes in a relationship who protect the world together.”

At the film’s premiere, Hildebrand told TooFab: “It’s awesome. It’s super awesome. My dad’s been sending me links like all morning, he’s super stoked about it.”

She also said “as a member of the LGBTQ community myself, it feels awesome to be paving that path”, and hopes their relationship will help “these things become more normalised in all genres.” The 21-year-old added: “When I was younger, I was never really a big fan of superheroes or anything, but going to conventions I realized how important they are to people, and how empowering they can be and I think it’s really important to be able to see a version of yourself, or someone you can relate to on the screen, being invincible.

“I hope some kids around the world can see that they can do what they want and see themselves while doing it.”

Hildebrand then revealed that Ryan Reynolds – who stars as the “merc-with-a-mouth” – ran the idea past her in an email, asking if “it would be OK”.

“I know that when Ryan messaged me about it, the only thing I requested is that it not be made a big deal and so I think that’s part of what makes it so special, it’s just mentioned and it is what it is,” she explained. “I hope that fans can appreciate that about it.”

The film has received highly positive reviews from critics, and had a global debut of $301.3 million, the largest-ever for an R-rated film.