Deadpool lashes out at Eurovision in hilarious new video 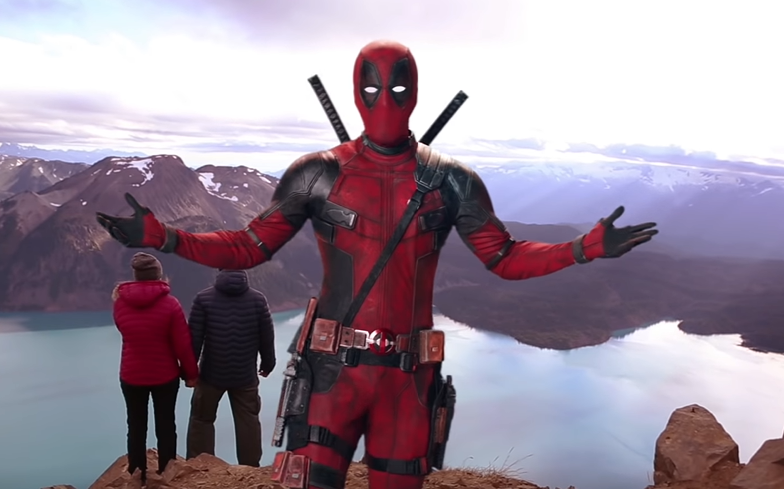 The superhero is fuming that Canada can’t take part in the “singsong competition thing.”

The final of Eurovision is tonight, and Deadpool 2 hits cinemas on Wednesday. So, to get some last-minute promotion in for the film, Ryan Reynolds has donned the Deadpool costume and lashed out at Canada not being allowed in Eurovision.

Opening the video, the pansexual hero says: “Canada. A beautiful country steeped in a rich musical history that includes the like of Adams, Bieber, Young, Bublé, Shatner…

“And yet, we’ve been snubbed by that European singsong competition thing that you guys lose your shit over. Our generous gift of Celine Dion alone should earn us an invite.”

Despite his opening arguments, some may feel that Canada shouldn’t be part of Eurovision as it’s not a European country. Well, that’s where Deadpool brings in his next argument.

“And don’t give me that crap about Canada not being part of the European family. You let in Australia and they’re barely on the planet,” he says.

“Well it stops now Europe. You’ve awakened a sleeping moose. All the power of our ‘military’… legally I have to use air quotes…, but traffic cones and affordable healthcare will be coming at you. Hard,” he finishes.

Although Deadpool might be right that Celine Dion is reason enough for entry, she has previously competed in Eurovision. Back in 1988, she was Switzerland’s entry, and she won with Ne partez pas sans moi (Don’t Leave Without Me).

And when Dion released the music video for Ashes, it featured Deadpool dancing around Dion in a pair of heels. It’s something that you seriously need to see.

But even though Canada won’t be able to enter Eurovision this year, perhaps it could replace China next year. The country was recently banned from airing Eurovision, after its broadcaster, Mango TV censored Pride flags that appeared in a couple of routines, as well as cutting Ireland’s Ryan O’Shaughnessy’s performance because it featured a gay couple.

The Eurovision Song Contest Grand Final will air on BBC One from 8pm on Saturday, 12 May.