Dead Dog in a Suitcase a raucous, riotous night out – review 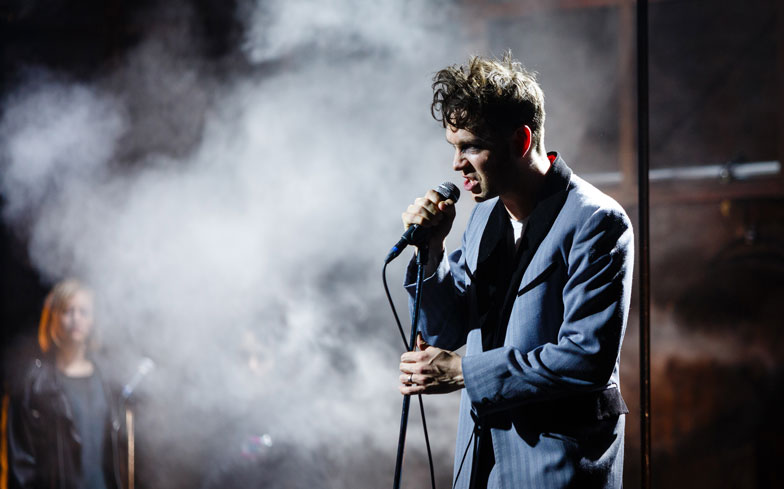 Following a stint at the Brighton Fringe, Kneehigh’s new production has opened at the Lyric Hammersmith, directed by Mike Shepherd.

We don’t quite know how Kneehigh do it, but they seem to bring new levels of theatrical magic to every production. We were completely smitten with their Brief Encounter last year at London’s Empire Cinema, and now the Cornish theatre company has returned to the city with a radical reworking of The Beggar’s Opera.

The story focuses on scandalous and corrupt small-town politics. Mayor Goodman and his dog have been assassinated and the suspected killer, our show’s anti-hero Macheath, is on the loose. However, Macheath wants to escape his criminal past and start afresh with his new wife, Polly Peachum. Unsurprisingly her parents aren’t thrilled at this prospect and will stop at nothing to see her returned. It’s a show which explores politics, death and the state of the world today, yet somehow manages to be a raucous and riotously funny night out.

The Beggar’s Opera was originally written as a social commentary to expose the underhand deeds of the working classes. This new interpretation implements some modern day twists, including a self-made businessman who starts to employ ethically questionable tactics to get ahead, and a morally-dubious police force with a penchant for bribes. Proceedings unfurl in a small town where rumours and gossip run rife and family secrets are known in every home. It’s all wonderfully dark and dystopian, and completely enthralling.

There’s so much here to enjoy that it’s difficult to know where to start. The show brings together Kneehigh’s usual stylistic blend of cutesy puppetry, eclectic music and whimsical choreography, all delivered in a manner that’s brilliantly ramshackle. This is no ordinary opera – the music ranges from choral arrangements to dubstep, via ska, punk and pop, with a heavy rock rendition of Greensleeves thrown in for good measure.

All of the principal cast and ensemble turned in impressive performances, although there were a handful of notable highlights. Angela Hardie as Polly Peachum dazzled with her vocal range, while Georgia Frost as Filch not only delivered a gorgeous lament in act one, but also gave us a much more nuanced and vulnerable character than we were initially expecting. Rina Fatatina as the leopard-print clad Mrs Peachum regularly brought the house down with her witty one-liners and expert comic timing.

Dead Dog in a Suitcase is an absolute riot from beginning to end. A macabre and astute observation of society’s underbelly, it manages to be both an intelligent social commentary and also hilariously funny. It all wraps up with what is possibly the most absurd, apocalyptic and unforgettable finale we’ve ever seen on a stage. Not to be missed.