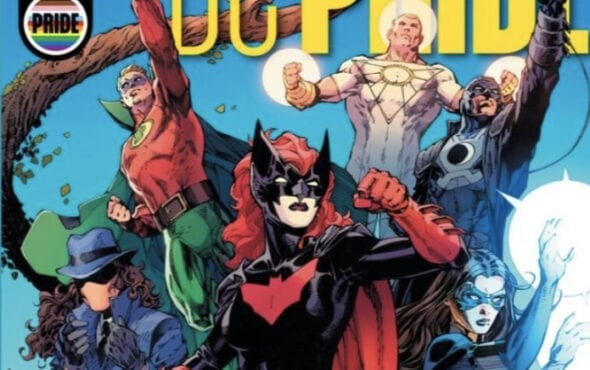 Pride 2021 is the year of the superhero!

DC Comics has announced a new anthology series titled DC Pride, that will feature stories centring around its LGBTQ+ superheroes.

The series, which is set to be released on 8 June 2021, will be 80 pages long and is created by LGBTQ+ writers and artists.

Along with DC Pride, the comic book giant will also be releasing nine Pride-themed covers that feature characters like Wonder Woman, Nightwing, Superman and more.

All are welcome in the DC Universe 🏳️‍🌈 This June, enjoy new comics and stunning variant covers, plus #DCPride books all year long! https://t.co/BAuGMNB0P9 pic.twitter.com/3lB6yMCzPu

Because this event just keeps on giving, the upcoming series will also highlight the DCTV LGBTQ+ characters as well as the actors who portray them on screen.

Nicole Maines, who plays the trans superhero Dreamer on the CW’s Supergirl series, will be bringing her character to the DC comic universe in a brand new original story.

DC’s celebration of the LGBTQ+ community will also go beyond the month of June.

From the release of the eight-part miniseries Crush and Lobo – which follows Lobo’s queer daughter, Xiomara Rojaswhoy –  to DC’s new LGBTQ+ gothic romance Poison Ivy: Thorns, the amount of content will be overflowing throughout 2021 and 2022.

See below for the list of LGBTQ+ characters that will be receiving stories for DC Pride as well as the teams creating them.

Come through inclusivity and representation.