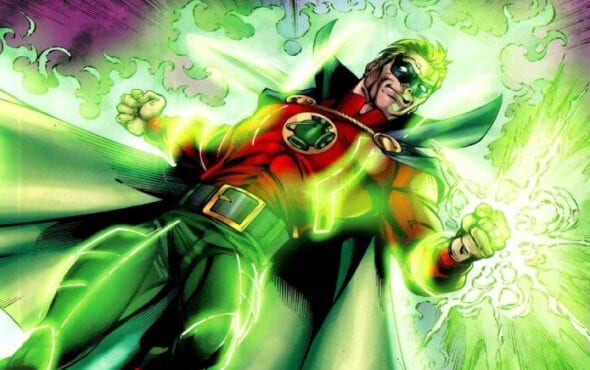 It has been revealed that Alan Scott, who first took the mantel of Green Lantern, has come out in the new comic Infinite Frontier #0.

In the heartfelt moment between his children Obsidian and Jade, Scott opened up about his coming out journey and the difficulties he faced.

“Back in an earlier time, I kept a part of myself hidden from my friends and peers. I even let myself get married a few times to women.

“I did love with all my mind, but I did that knowing there was something about myself I was hiding away. I’m gay,” he proclaimed.

This isn’t the first time that Alan Scott was written as part of the LGBTQ+ community.

During the launch of DC’s New 52 back in 2012, Alan Scott was reintroduced as a gay man, featuring him with a fiance and LGBTQ+ focused back story.

The creator of Infinite Frontier #0, James Tynion IV opened up about Scott’s journey and in an interview with Newsarama.

“First off, there was a promise made a number of years ago when the Earth 2 books were coming out as part of the new 52,” Tynion says. “That’s when the Earth 2 version of Alan Scott came out and the DC publisher made the promise that Alan Scott, from here on out, would be a queer character across the DC Multiverse and the premiere gay male hero of the larger DC mythology.

“[…] I was thrilled to bring this moment to life with the incredible Stephen Byrne, who I’ve wanted to work with for years. He brought the pathos needed to do it right, and help introduce a whole new generation to Alan Scott, Jade and Obsidian,” he explained.

The Infinite Frontier is one of the many ways fans can enjoy an openly gay Alan Scott.

During the TCA’s HBO Max Head of Original Content, Sarah Aubrey said that the series will take place over a “span several decades and focus on two stories about Green Lanterns on Earth.”

The new DC adaptation has been picked up for 10 one hour episodes.

Greg Berlanti, who’s also the upcoming series producer, stated that the show would be “unlike anything seen on television.”

We can’t wait to learn more about Alan Scott’s gay journey in the comics and TV series to come!

Still thinking about the beautiful simplicity in Alan Scott’s coming out. pic.twitter.com/V1doAvcNXb