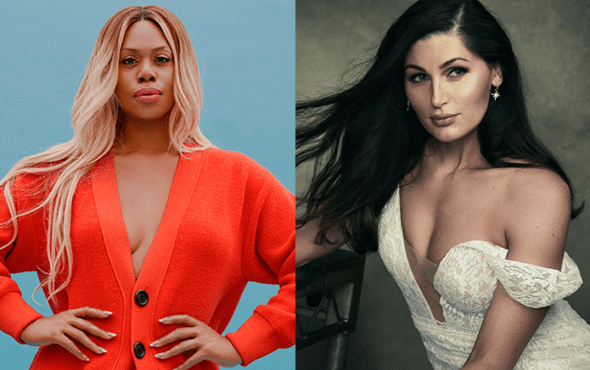 “So exhausted with these dating apps allowing people to report trans women for no reason.”

Hinge have issued an apology to Laverne Cox and Trace Lysette after they were both blocked for being trans.

Earlier this week, Lysette – who recently starred alongside Jennifer Lopez and Constance Wu in Hustlers – revealed that she was banned from the dating app, telling her Twitter followers: “More transphobic dating fun. This time from @hinge – so exhausted with these dating apps allowing people to report trans women for no reason. As if dating isn’t exhausting enough.”

Emmy-nominated Orange is the New Black star Laverne Cox quote-tweeted Lysette, admitting she was “blocked on @hinge as well”.

After receiving widespread backlash online, Hinge told Lysette that their “moderators didn’t believe” it was her. “We’ve immediately reinstated your account,” they responded. “We’re truly honored to have you on our app. Please accept our sincere apologies and — as a small token of appreciation — a lifetime preferred membership.”

They also wrote to Cox: “We’re honored that you chose us to help you find love. We’re so sorry our people thought having you on Hinge was too good to be true. Your account has been reinstated and we’ve given you a lifetime preferred membership, which we hope you won’t need for long.”

Lysette thanked Hinge for reinstating her profile, but proposed if there was “some way to ensure it wasn’t people reporting for being trans” because she knows other trans women who have experienced discrimination on the app. “I appreciate your intent for inclusivity,” she said. “It’s rough out here.”

Yeah I was blocked on @hinge as well https://t.co/kDD5hKfVcu

Trans people being blocked by dating apps simply for being trans has become a significant issue.

In 2017, Tinder – who have been accused of doing this on countless occasions – made a pledge to make sure “no is ever removed” because of their gender, saying “all users are held to the same standards and are removed from Tinder if they violate our community guidelines or terms of use.”

Despite this, trans people are still being blocked on the app.

Last year, Tinder CEO Elie Seidman said trans people are being reported at “higher rates by cisgender members” and that they’ve taken “immediate steps toward improving” their processes including: “leveraging our support channels to directly engage with the community more quickly”; “redirecting these types of reports to our escalations team”; and “deploying new in-app warnings to provide more feedback about which Guidelines people may be violating – rather than banning profiles.”

Related: Tinder will now warn users when they visit countries with anti-LGBTQ laws.