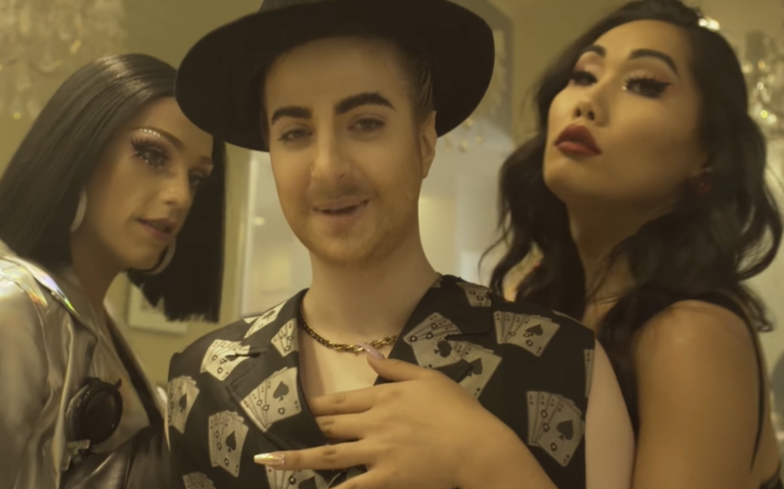 The video sees the trio get high, as well as dressing Danielle up as a drag king.

In the video Estranja and Gunn are all dolled up and ready to go, but Danielle isn’t because she’s too “high” and is having a “fashion emergency.”

The girls immediately head over, but they can’t agree with any of Danielle’s fashion choices, so they decide to dress her up as a drag king, before heading out to the clubs.

Commenting on the video, Danielle said: “‘I wanted to make a fun and thought provoking video.

“The video illustrates coming to terms with one’s self in a deep haze of smoke. It is about fluidity being acceptable, and one’s ability to be themselves.

“Laganja Estranja and Gia Gunn are two of my favorite people from RuPaul’s Drag Race. They have the courage to be absolutely fabulous, and I was so happy that they wanted to take part in my new video.”

Estranga and Gunn competed on Drag Race back in Season 6, coming in eighth and tenth place respectively.

Danielle has just finished her debut album, although a release date hasn’t been specified.

You can watch the video below.