The actress speaks to us about her breakout role in hit Spanish television show Veneno. 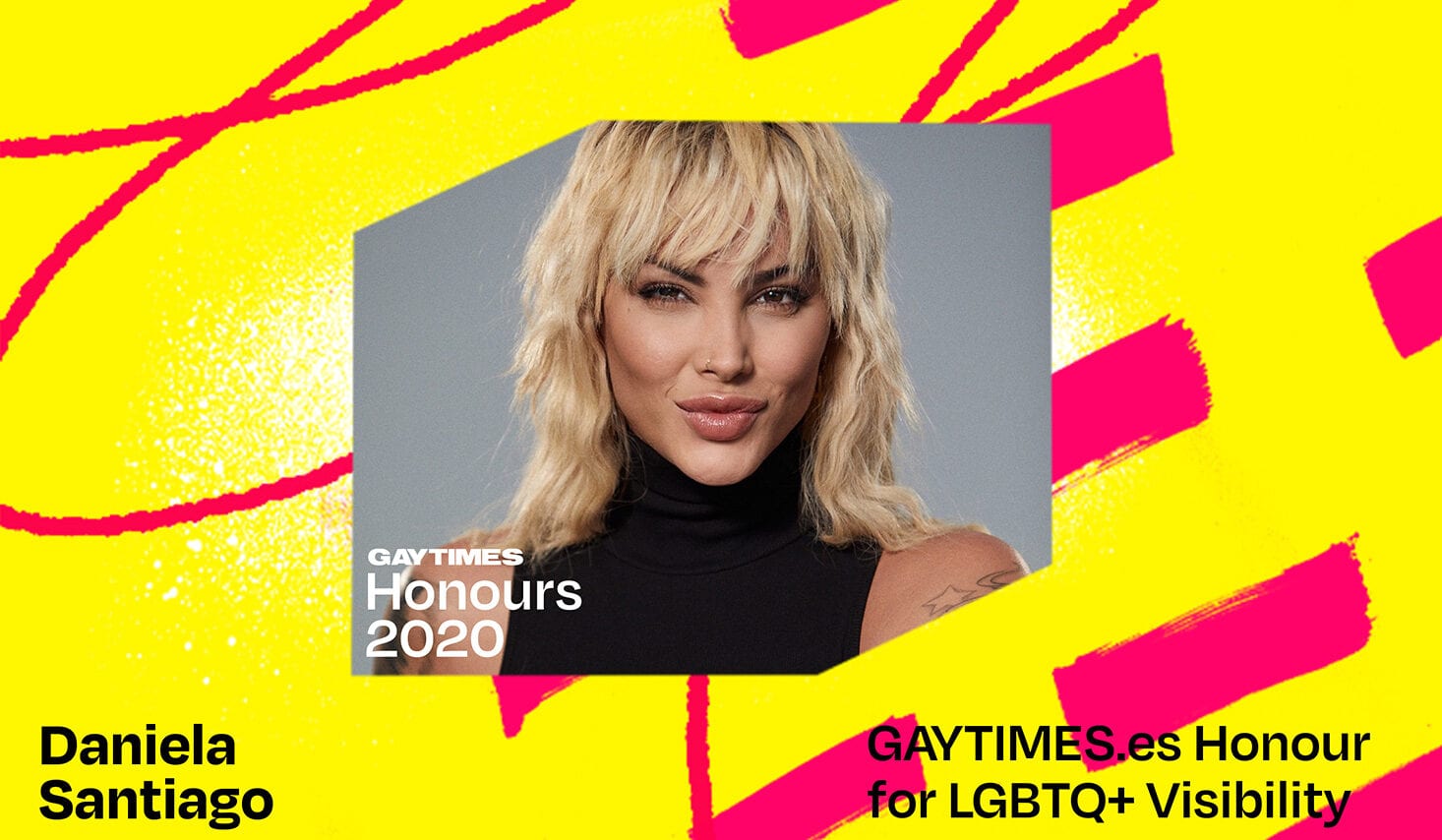 Daniela Santiago has been named the recipient of the GAY TIMES en Español Honor para la Visibilidad LGTBIQ+ (GAYTIMES.es Honour for LGBTQ+ Visibility). Daniela is a Spanish actress who recently starred in the TV show Veneno. She plays the leading role with two more actresses in different stages of the character’s life, Jedet and Isabel Torres.

The series is inspired by the memories of Cristina Ortiz, popularly known as La Veneno (the poison, in English), a transgender woman that was famous in Spain in the 90’s taking part in late night TV shows and becoming an icon for LGTBQ+ people. The show has become a bona fide hit.

It had the best debut of a series on AtresPlayer, the platform that it is available to stream on, and is available in the USA through HBO Max, which recently announced its expansion to Latin America. The program has already made history, with trans people taking part in all production departments of the series, from the script to the makeup, not to mention the humanistic approach to the characters, and an avant-garde narrative that does not stigmatise or ridicule trans people as we were used to seeing.

The critically and commercially acclaimed series, created by the Spanish directors Javier Calvo and Javier Ambrosi (aka Los Javis), is inspired in the book Not A Whore, Not A Saint: The Memories of La Veneno written by Valeria Vegas.

Hello Daniela, we would like to congratulate you on your excellent work on the series.
Thank you very much darling, it has been a very beautiful job. A little complicated due to the circumstances in which it was filmed, but it has been done from the emotion, from the heart, from the truth of a group that needed to shout and I’m very happy having participated and been working on this project.

What do you think of the representation that has been made of trans people in film and on television so far?
I think that in Spain there has been very few opportunities for transgender people to prove their worth. I think they didn’t understand the meaning of what it was to be a trans woman or a trans man and they thought they could characterize a cisgender person and call this a trans one. This is what they were used to doing, mostly because they didn’t have many references of transgender actresses. I hope and wish with all my heart that from now on, it has been shown that there is trans talent able to interpret any type of role. They can take off from there and give us more job opportunities.

Veneno sees you make your television debut. How did you get the role?
I got the role because a friend from Barcelona phoned me to tell me that there was an open casting for a series about the life of Cristina Ortiz. She told me that I could fit it very well because I always wanted to be an actress but due to life circumstances I have had other jobs and I have not been able to dedicate myself to what I always liked, which is acting. I decided to go to the casting that was held in Malaga. I did the test, the girl who coordinated the casting loved me, they did a second interview with me in my apartment, the next call they summoned me directly to Madrid. Los Javis (creators of the show) saw me and were immediately smitten and they gave me the role.

Did you get to meet Cristina in person?
Yes, I met Cristina in Madrid, in Chueca. I was having a beer in a bar and I saw her from a distance. I was very curious to meet her as she was someone that I admired artistically because I wanted to be like her one day. At that time I shared a flat with four friends, a very small flat and I wanted to get out of there and try my luck. At that time she offered me to live with her and I stayed for a month, but I was very young and she already had a life so I preferred to move back to my friends.

Do you think that Veneno will bring any change to the lives of trans people and the LGBTQ + community in general?
I sure do hope so! I hope they start to give real opportunities and that people look in the mirror and realize that we have never hurt anyone, we just want to be ourselves. We have lived our life the best that we can for the best that they have let us live it. And I hope that people really defend us and help us normalize our way of being, because it is as natural as that of anyone.

What is the importance of a series like Veneno?
The message is that you have to look in the mirror and see that we were not doing something right with the trans community. I no longer speak to you in the first person, but rather that people begin to realize the type of injustices that have been committed for a long time due to the lack of information about what a transgender person was. It was always assumed that transgender people had to engage in prostitution or become artists and if that was the case, it was because they left us no other option. It is a message for people to reflect on everything that was done wrong in the Spain of the year ‘96, so that all this is not repeated. And so that the trans collective is respected, so that people put themselves in our shoes. We have always had to be showing more than anyone that we deserve respect, the right to work and the right to love.

Were you expecting all the acclaim the series is getting?
It was a challenge to put myself in Cristina’s shoes. I was very nervous, it was my debut as an actress and for me it was really a huge challenge to do nothing less than the mythical Cristina, La Veneno. Also I interpret the young Cristina, the stage of her life that everyone knows and that people were looking forward to seeing. I was very nervous and very humble. I thought that I was not going to do well enough because people knew her quite well. But with the help of Los Javis and the wonderful Atresmedia team, I started to catch it little by little and I think I did it relatively well. After the premiere and seeing the positive reception that people had and how far this series is going confirms that we did a good job and that people have seen it, I am very happy about that. 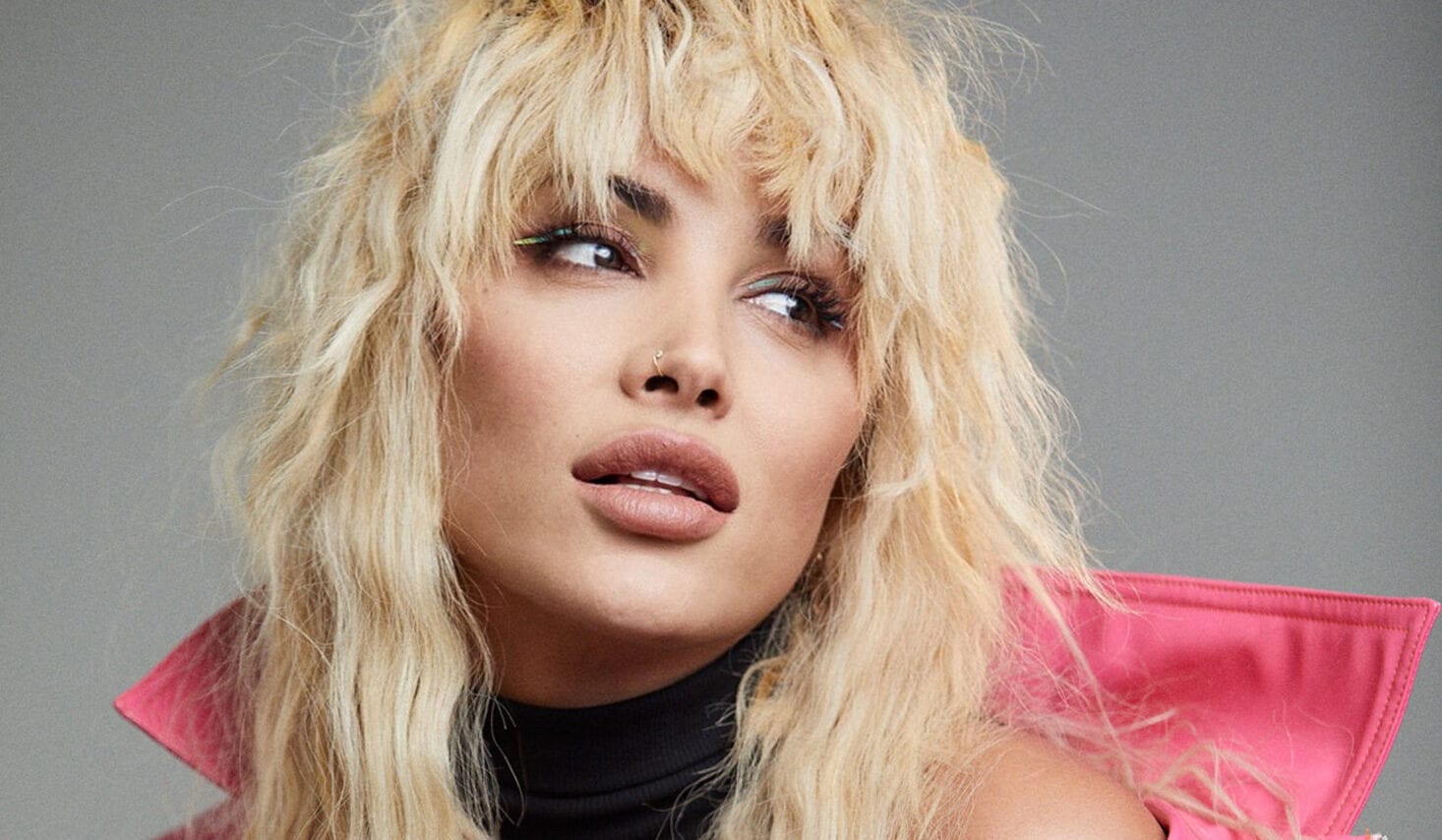 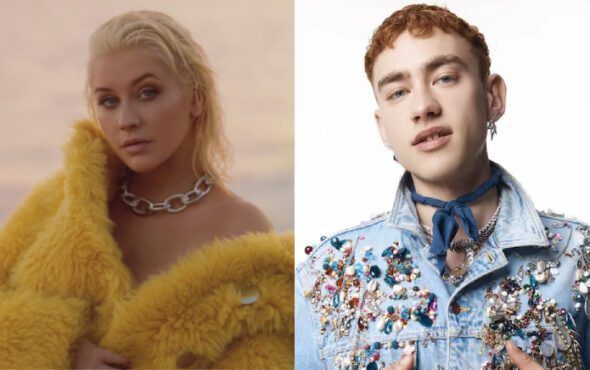