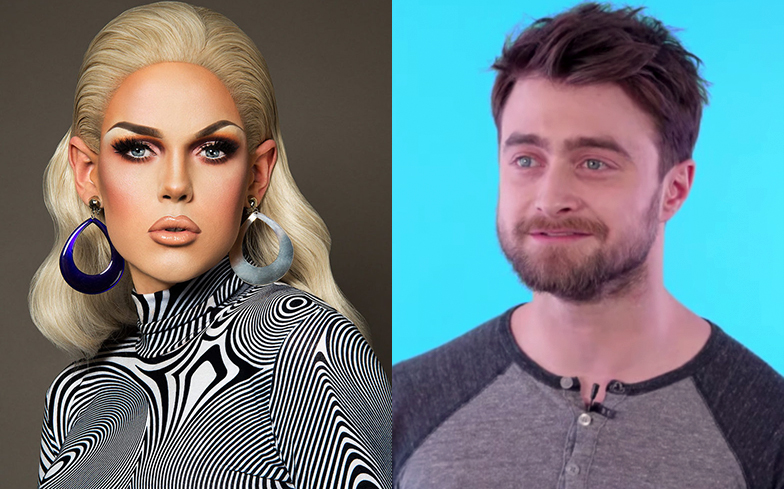 Daniel Radcliffe has said he is “flattered” to be compared to Blair St. Clair.

In an interview with HeatWorld earlier this week, the beloved Harry Potter star responded to questions from fans on Twitter, including one tweet that had a link to hit reality show RuPaul’s Drag Race.

After reading one tweet which said, “Someone tell me why Scarlet Envy looks like the love child of Daniel Radcliffe and Blair St Clair?”, the actor was lost for words but stated that he is “very flattered to look like Blair St Clair”.

Fans may be disappointed that Daniel admitted he hasn’t watched Drag Race yet, although he did say: “I’m definitely told I should [watch it] by many of my friends who say it’s one of the best things on TV.”

Both the publication and other Twitter users have pushed for the possibility that the actor could be a judge on the UK version of the show.

HeatWorld tweeted this segment of the interview and Blair St. Clair responded by saying, “Consider it a compliment, Daniel Radcliffe”, along with a winking emoji.

The Harry Potter star has had links to drag artists on Twitter before. Some fans have compared him to Tammie Brown, who appeared on season one of both Drag Race and Drag Race All Stars.