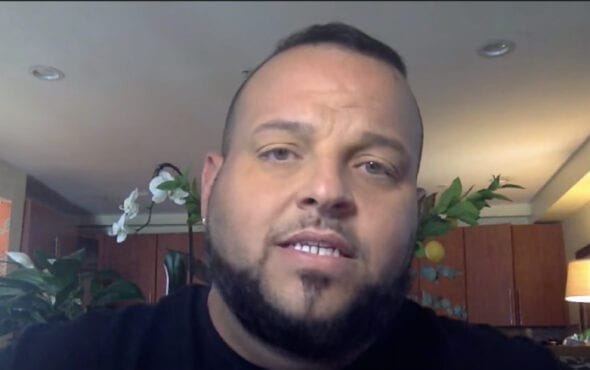 “Today I was fired from Walsh University, in Ohio, for being gay.”

Mean Girls fan-favourite Daniel Franzese has revealed he was fired from a Walsh University event for being gay.

Taking to YouTube, the 42-year-old actor gave details concerning his firing and its relation to the recent statement from the Vatican regarding same-sex unions.

“I come to you still reeling from the horrific terrorist attack that killed eight Asian women in Georgia which has inspired me to share this experience,” Daniel explained.

“I truly believe that it is the microaggressions and injustices against minorities that cause hate crimes like Pulse Orlando and horrific events of the other day.”

Over this past week, the Vatican ruled that Catholic priests cannot bless same-sex unions as homosexual partnerships are “not ordered to the Creator’s plan”.

“Today I was fired from Walsh University, in Ohio, for being gay. I was hired over a month ago to host the Mr Walsh pageant at the Catholic university,” he explained.

“And one day after… the Vatican released a bias statement that it will not bless same sex marriage I was told that my contract was no longer approved.

“The university has previously approached me with an offer, and we negotiated a contract, we had set a date for March 26th everything was finalised by February 18 and nearly a month later, I received this letter.”

Daniel goes on to read a letter from the school’s Director of Student Actives.

In the letter, the individual states they were “sincerely apologetic” and that the university’s decision to terminate was due to the “personal beliefs of the higher administration.”

Since the release of his video, the University has released a statement to Out magazine, confirming that they were in talks to have Daniel host the event.

“Mr Daniel Franzese has neither been employed no under contract for any services in any form at any time with Walsh University. The email he cites from Director of Student Activities and Leadership Anna Borges reflects her personal views,” the statement said.

The actor concluded his video with an inspirational message to the LGBTQ+ students at Walsh University.

“To the LGBTQ+ students at Walsh, because I know you’re there, I’m so sorry I can’t be there with you,” he stated.

“I imagine that you’re feeling frustrated and isolated right now but you must know that God knows everything about you and he loves you just as you are.

Watch his full video below.