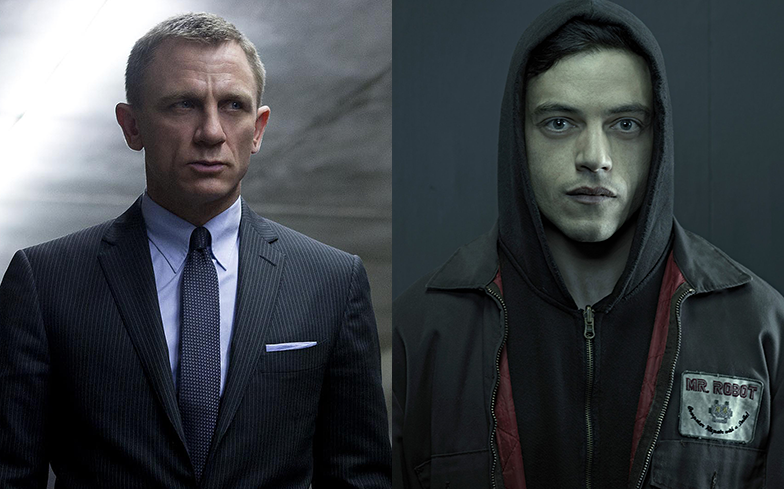 “Does this make me a Bond girl?”

Daniel Craig and Rami Malek shared a kiss on the set of the brand new James Bond film, No Time to Die.

Malek, who will play the villain in the upcoming blockbuster, appeared on The Late Show with Stephen Colbert to chat about his role as the “Overlord of Darkness” and revealed how the intimate moment – which wasn’t part of the film – came to pass.

“We had a scene that was a very complicated scene and we were rehearsing for it with our terrific director,” he said. “We were sitting at a table over hours just batting about ideas, back and forth, and we finally cracked this really challenging scene.

“And he grabbed me, picked me up – and I can’t tell who initiated the next moment, whether it was him or I – but a kiss transpired between the two of us. I’m going to say that Daniel initiated it, and I was very taken aback.”

Colbert then asked the Mr Robot star if the kiss was welcome, to which Malek responded: “Yes, very much so. And I took a moment, caught my breath, looked down and said, ‘So, does this make me a Bond girl?’”

No Time to Die will be the 25th instalment in the James Bond franchise and the fifth with Craig as the title character. It will also star Ralph Fiennes, Naomie Harris, Rory Kinnear, Léa Seydoux, Ben Whishaw, Jeffrey Wright and Lashana Lynch.

It is due for release 3 April 2020 – watch Rami Malek’s appearance on The Late Show with Stephen Colbert below.