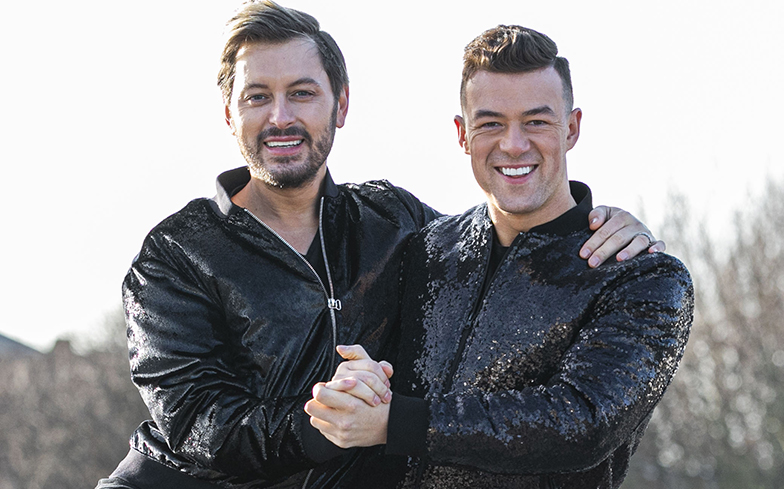 Dancing With The Stars Ireland will make history this weekend.

Brian, who had voiced his desire to perform with a male pro dancer before joining the show, said it would be an important moment “about visibility and starting a conversation” with viewers at home.

“Myself and Kai can now dance on the biggest entertainment show on Irish television, I think that is phenomenal. Someone always needs to be the first. It has taken a long time to get Ireland here and I’m chuffed that I can be part of that,” he said.

“This is celebrating the fact that two guys can dance together on national television. I will be emotional on the night. I’m an out gay man and I’m married, and this is really important to me.”

Lottie Ryan and Emily Barker will also team up for the show’s first all-female dance pairing, a move that comes as part of switch up week as Dancing With The Stars also switches to Saturday night for one week only.

“For a prime time family show to be so progressive and inclusive is an honour to be part of. To be given the chance to dance with any of the amazing pros is an incredible opportunity,” said RTÉ 2FM presenter Lottie.

“Emily is someone who I’ve watched on my telly for years admiring, so I can’t wait to share the floor with her.”

Earlier this year, the UK’s Dancing On Ice introduced its own same-sex pairing in the form of Ian ‘H’ Watkins from Steps and veteran skater Matt Evers. Their first dance made judge John Barrowman cry with happiness.

Due to RTÉ’s Election 2020 coverage, this week’s Dancing with the Stars will move to Saturday night at 6.35pm on RTÉ One.