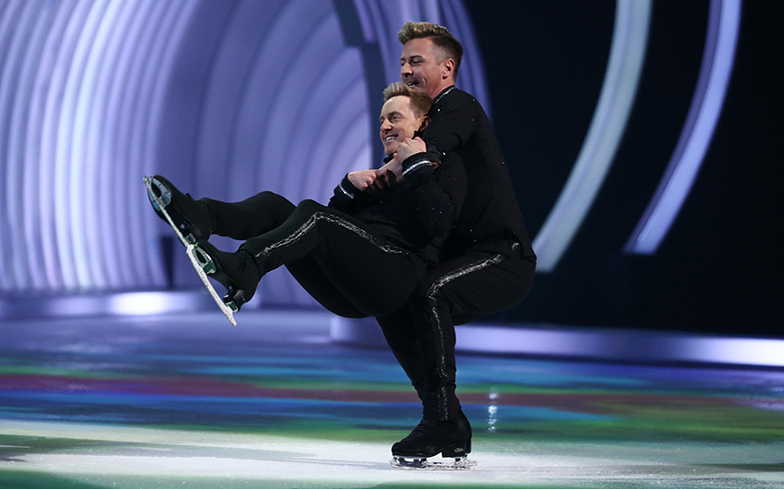 Ian ‘H’ Watkins and Matt Evers, the first ever same-sex couple on Dancing on ice, have only sparked 16 homophobic complaints.

“Yes, it really is a crying shame that 16 viewers actually went out of their way to complain to television watchdog Ofcom about two men dancing on the ice. But apparently, some are still stuck in the dark ages,” Ofcom told Metro.

Evidently, love outweighs these 16 minor complaints. For there to be as few amount of 16 complaints is quite remarkable.

In the past, there would have been thousands of homophobic complaints, so this is outstanding progress for the LGBTQ community. These few complaints show that love will always win.

This immaculate step forward of representation of a same-sex couple on the ITV series is extremely important for representation. Diversity needs to be plastered everywhere for progress of an inclusive society.

John Barrowman, new judge on the show, told Watkins post-performance: “I am [emotional] that makes me happy on a complete multitude of levels, just because of seeing two men who represent someone who is like me and to skate as well as you did, you’ve done it now, the nerves are out of the way.”

Watkins told the judges: “[It was] emotional because I have wanted this for so long and it means so much to so many people and the world is ready for this”.

In the past, the world was not ready. However, these few 16 complaints shows the world is ready for on-screen pride more than ever before. As inclusiveness is becoming more accepting, we yearn for a future of no homophobic comments towards same-sex couples on-screen.