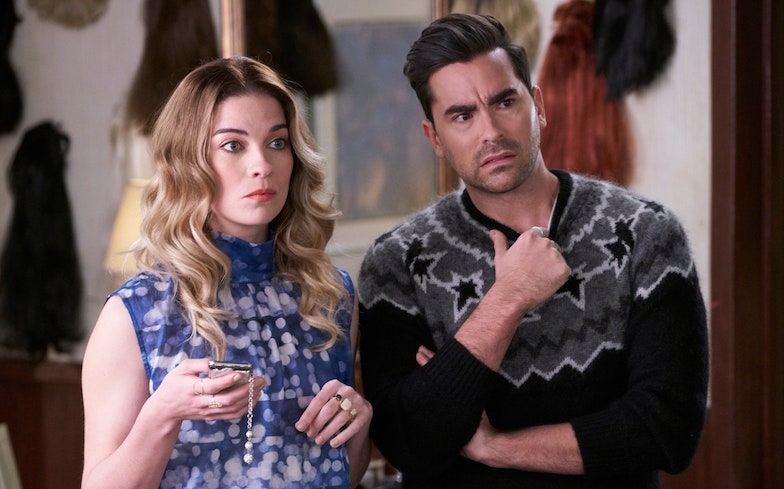 WARNING: SPOILERS AHEAD FOR THE SCHITT’S CREEK SERIES FINALE. TURN AWAY NOW.

Dan Levy has revealed the original ending he envisioned for Schitt’s Creek.

A newly-single Alexis (Annie Murphy), who arguably went through the biggest transformation of all, chose to follow her career as a PR in New York City without the assistance of her parents’ new wealth – and Twyla’s millions.

In a recent interview with TV Guide, Levy revealed that the original ending was very different.

In the final season, Alexis broke up with her longtime boyfriend after he received an offer to stay in the Galapagos for good.

“For Ted, who just got offered this opportunity in the Galapagos to expand his outlook and open his eyes to a world of animal care that far surpassed his own expectations, and then for Alexis to have this PR opportunity that seems to be taking off, it really felt like it behooved them both to have played a large part in each other’s growth,” he added.

“And that a wedding would almost not be what I’d want for them. I want them to live bigger and bolder than they ever had. And in order to do that, it felt like they had to take that next step on their own…”

Dan continued to say that their breakup was “one of the more special moments in our entire series because I haven’t seen a breakup that really celebrated a relationship in the way that scene did and gave people closure at the same time.”

When asked if there is still a future for Alexis and Ted, he explained: “I think for the time being they’re really pursuing professional avenues that are inspiring to them, and in order to have done that they had to have been in the right headspace.

“Not to sound corny, but they had to have been filled with love and the kind of confidence that only came from their relationship… It was a very special relationship to write. And if and when I get around to thinking about what could potentially come next for these people, it’s definitely something to consider. But who knows?”

Last week, a clip from the show’s documentary, Best Wishes, Warmest Regards: A Schitt’s Creek Farewell, went viral on social media thanks to a powerful and heartwarming letter from over 1,800 grateful mothers of LGBTQ children.

“More than 1,800 of us are signing this letter because we wanted to say thank you for the LGBTQ characters, relationships and storylines that you have included in Schitt’s Creek,” they wrote, leaving us in absolute tears.

“We sincerely believe that shows like Schitt’s Creek will serve as a catalyst to help change the world into a kinder, safer, more loving place for all LGBTQ people to live, and because of that, we will remain forever grateful.”