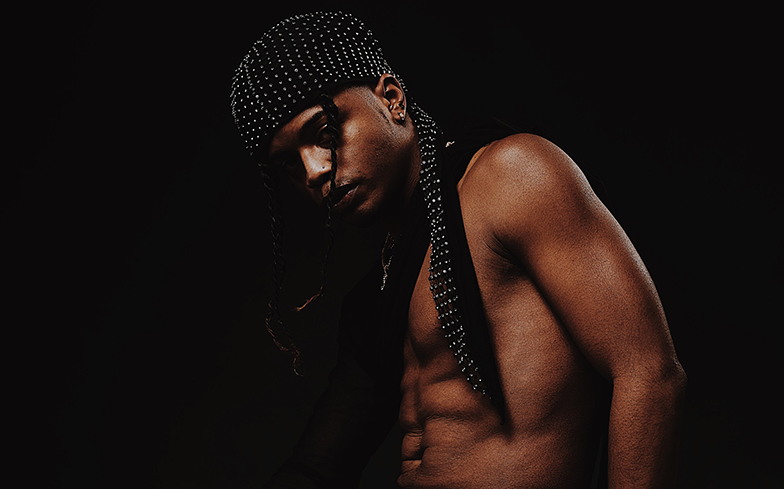 Damez has unveiled the music video for his brand new single, Sacrifices.

Edited by the rapper and shot by Isaiah Jones, the official visual for the hip-hop anthem is a black and white affair and follows Damez (completely solo) as he thanks “the Lord for my blessings and my gifts” in a church.

The song is the latest single taken from his newly-released fourth studio album, D Money, after Pull Up and Big Mood; both of which were produced LilJuMadeDaBeat, hitmaker behind some of Megan Thee Stallion’s biggest bops.

When we spoke to Damez last year, he said he wants to break down barriers for LGBTQ artists in the hip-hop industry.

“I want my platform to grow enough to the point where I have a big voice in the hip-hop community and I can bridge the gap between my brothers and sisters,” he explained. “There’s a lot of work to do and I’m excited to do the work.”

The American singer-songwriter, who was born and raised in Atlanta, also revealed that his upbringing wasn’t exactly smooth, although Georgia has a reputation as one of the “gay capitals” of the United States.

Because his community was “predominantly African-American”, Damez felt the need to suppress his sexuality to make himself and other people feel comfortable. After his brother tragically died from gun violence, he found purpose in songwriting.

Damez was apprehensive about entering the industry out-and-proud, due to the homophobic reputation attached to hip-hop, but ultimately decided to live authentically to “bridge the gap” and change perceptions of LGBTQ artists within the genre.

Read our full interview with Damez here and watch the incredible video for Sacrifices below.

You can also listen to Damez’s fourth studio album D Money here or below.