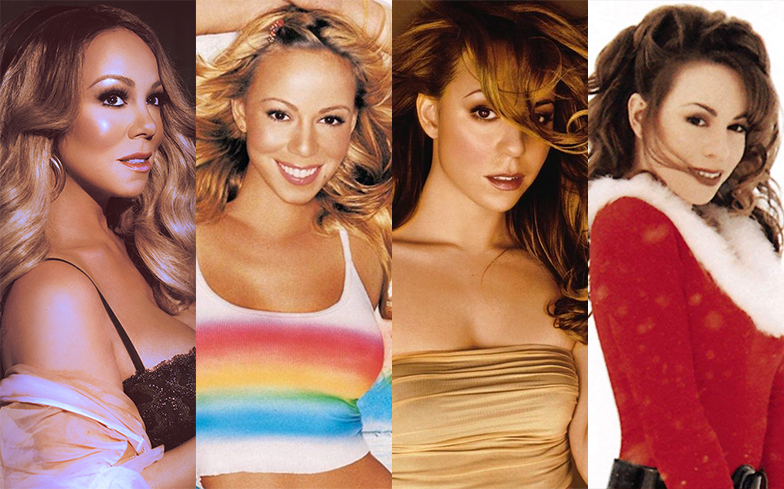 Not that you need reminding, but Mimi dropped her 15th studio album Caution last year, and we’re still obsessed with it.

To celebrate the release of this already-iconic album that we don’t deserve, as well as her upcoming Caution World Tour shows in London, we took a trip down memory lane and ranked our top 14 Mariah Carey songs of all time.

Proceed with caution as we’ve thrown a few unexpected choices in there, and if this list leaves you screaming A No No, don’t @ us just GTFO. You’re welcome.

Legend has it that German-born physicist Albert Einstein’s favourite Mariah album was E=MC2, and he was right. It really is Emancipation Of Mimi to the power of two, so of course we had to start with a banger from the album of the same name. On Migrate, Miss Mariah enlists the help of T-Pain to help her describe her movements on a night out with her gals, and hey, who doesn’t love a bit of auto-tune thrown in for extra measure? It was also the first time Mimi worked with producer Danja, who was responsible for some of Britney’s most epic bangers on Blackout.

Caution is a blessing from the gods, so we had to include A No No in this list. We just had to dahling! Inspired by the incomparable Lil’ Kim, A No No samples Kim’s Crush on You remix, a genius move from Mimi. Some say A No No is a diss track to a former manager of Mariah’s but we couldn’t possibly say who…

Walter Afanasieff co-produced and co-wrote many of Mariah’s best hits including this one. Whenever You Call is an underrated masterpiece from Butterfly, even though the song wasn’t released as single. It’s a simple, classic and purposefully under-produced ballad that stands as one of Mariah’s best.

Now you know our girl Mimi loves a remix. I mean what else are you gonna do when you get out of jail? I digress, Thank God I Found You is, again, Mariah doing what she does best. This DJ Clue remix transforms the original ballad into an absolute jam that has since become an R&B classic.

10. Anytime You Need A Friend

Old school Mariah. Anytime You Need A Friend is a classic showcase of Mariah’s powerhouse vocals and glorious range. It’s impossible not to sing along to this song without imagining a gospel choir with you. Go on, try it!

Butterfly represents a huge change in Mariah’s personal and professional life, where she embraced her true creative destiny. The album is Mariah’s most personal effort to date and one she admits holds a special place in her heart. The Roof is a slow and sultry R&B tune, which at the time showed a completely different side to the elusive chanteuse and was pivotal for her musical transition.

Controversial for some I know, but Loverboy is massively underrated. Even though Glitter is a bone of contention for many Lambs, no one can deny that Loverboy is an absolute gem in Mariah’s discography. She uses her musical excellence and know-how once again by sampling Cameo’s Candy, and the music video is ridiculously camp. Mariah at a drag race with golden locks, yes please! Recently, Lambs even got it to the top of the iTunes chart. It only took 17 years…

How could we not choose a track from Charmbracelet? Boy (I Need You) is considered by Mimi as one of her favourites from Charmbracelet, and it’s actually a reworked version of rapper Cam’ron’s song Oh Boy that we can’t just get enough of. Charmbracelet itself was an album that showed off Mariah’s vocal versatility and further cemented her status as Billboard’s artist of the decade. The video is utterly faaaabulous and camp, taking it’s inspiration from Japanese pop culture. Some great whistle notes in this one too huns.

Heartbreaker is legendary as it’s the first time we meet Mariah’s alter-ego and arch nemesis Bianca, whom Mimi has a dramatic standoff with in the video. On a serious note, Heartbreaker is a truly groundbreaking bop that shows how savvy Mariah truly is when it comes to crafting a perfect hit. It was also Mariah’s first number one to feature a rapper.

Mariah serves Bond girl realness in this amazing tongue-in-cheek bop which sees her escaping from a group of bungling mobsters. Agent M – as she’s known in the video – escapes from her captors by diving off a balcony and taking a dip in the pool with her Gucci stilettos. She even manages to find the time to dance with some sexy sailors… Very practical, I think we can all agree. Bonus points if you know the choreography.

“I came to have a party, open up the Bacardi” – these are the immortal whisperings Ms Carey sings at the beginning of this iconic jam. It’s Like That was the lead single from her acclaimed tenth studio album, The Emancipation of Mimi. It’s one of Mariah’s most iconic dancefloor bops.

3. All I Want For Christmas Is You

The ultimate Christmas song of all time, and that’s not up for discussion. Mariah’s Christmas anthem is already among the 20 best-selling singles ever, and re-charts every single December because it’s that much of a classic. Musicologists around the globe have multiple theories as to why this song is so popular, but it’s Mariah flawless vocals that give this song its iconic status. If you say you’ve never sang-along to this hit, you are a liar.

All Lambs know that the holy grail of Mariah’s albums is The Emancipation Of Mimi. We Belong Together is quite possibly the best song of the noughties (or even all time?!?). Some Lambs say that Mariah’s climax in We Belong Together has shown them God’s true face. Truly. Emancipation was the comeback album we’d all been crying out for, and Mariah did not disappoint. Every single song on the album is perfection.