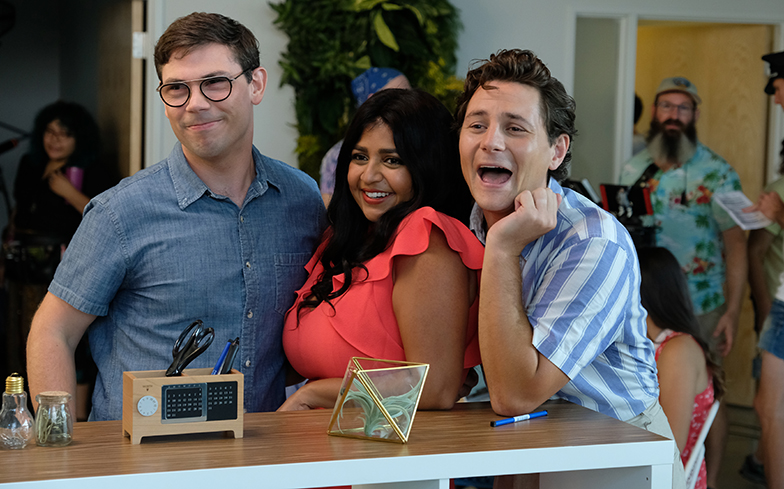 Ryan O’Connell addressed the lack of opportunities that LGBTQ actors get.

Special is a brand new eight-part comedy based on series creator and star Ryan’s part-memoir, part-manifesto I’m Special: And Other Lies We Tell Ourselves.

The Jim Parsons-produced series premiered on Netflix on 12 April, and follows a gay man living with mild cerebral palsy who decides to rewrite his identity as an accident victim and finally go after the life he wants.

In the series, gay roles are played by gay actors, and in an interview with The Wrap, Ryan spoke about why he cast this way, as well as the lack of opportunities for disabled actors.

“I’m not saying actors can’t play something that they’re not, but the world is structured in a way where disabled people have no opportunities,” he explained.

“On my show there are a lot of gay characters, and it was really important to me that I hire gay actors to play that role.

“Is that because I think straight people can’t play gay? No, but I know a lot of talented gay actors that don’t have the same opportunities as straight actors because they’re gay, and that’s just the world we live in.

“Until that can be rectified, you bet I’m going to give opportunities to people who don’t have them. That’s what you have to do, you have to protect the powerless and give them opportunities, that’s the only way they can advance.”

Ryan also spoke out against the way that stories around marganlised communities are told in Hollywood. “Hollywood loves to profit off the pain of marginalised people without giving us any opportunities,” he said.

“For gay movies, it’s usually predicated on some kind of baseball bat for a movie, and I’m done. I’m done with metaphorically being beaten by a baseball bat.

“I just want to see gay men living, laughing and loving. Those [other] stories are valid and deserve to be told, but when it’s the only kind of story being told, that’s a problem.”