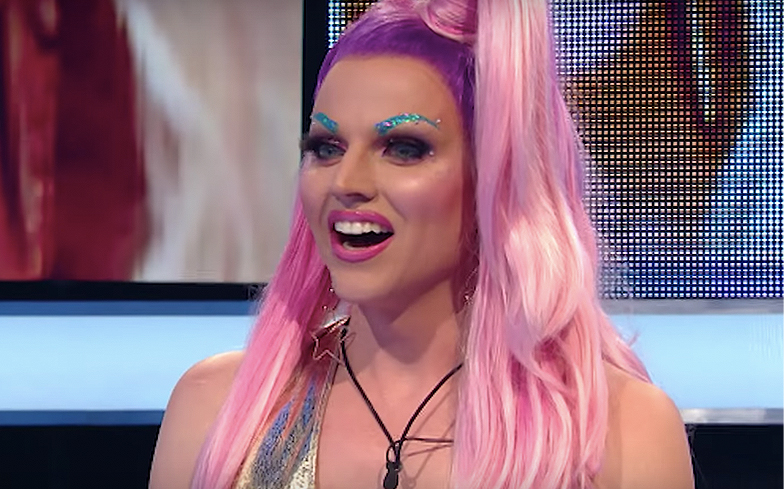 The results are in, and drag queen Courtney Act is the winner of Celebrity Big Brother, as she won nearly half of the public vote in last night’s final.

Widdecombe and Courtney – real name Shane Jenek – had clashed numerous times during the course of the series, because of Ann’s views on homosexuality. Courtney had also had a clash with bisexual actress Amanda Barrie after she defended Widdecombe’s views.

However, one of the main highlights of Courtney’s time in the house was their blossoming friendship with Apprentice hunk Andrew Brady. During their time together Courtney waxed Andrew’s bum, and the pair showed off their ass-ets.

Yesterday, in an exclusive interview with Gay Times, Andrew backed Courtney for the win.

“Shane J is the more prominent voice of the LGBT community because he’s so well educated and strong in his stance,” he said. He also reflected on his and Courtney’s friendship, saying: “I think if it had been in any other series, it wouldn’t been the talk of the show necessarily. Because it was such an eclectic array for people in there from all beliefs, backgrounds and countries – and not to mention the fact that everyone was fucking boring in there and we were the only ones making fun for ourselves – it was not well received by the more conservative housemates because we didn’t care.

“We didn’t care that the cameras were there. We didn’t care that people were being negative towards us. After hours, we were hysterical. We were always laughing. Play fighting, waxing, bathing and shaving. Sometimes we let that slip through to the day. Some of them were just hypocrites.”

In her exit interview, Courtney said: “It’s amazing to think that the public have chosen me, I guess it’s validation of the things I came here believing in.

“My inspiration for coming into the house was a teenage boy who didn’t quite know where he belonged or how he fit in, and not knowing what that meant.

“I learned that it’s okay to be different.”