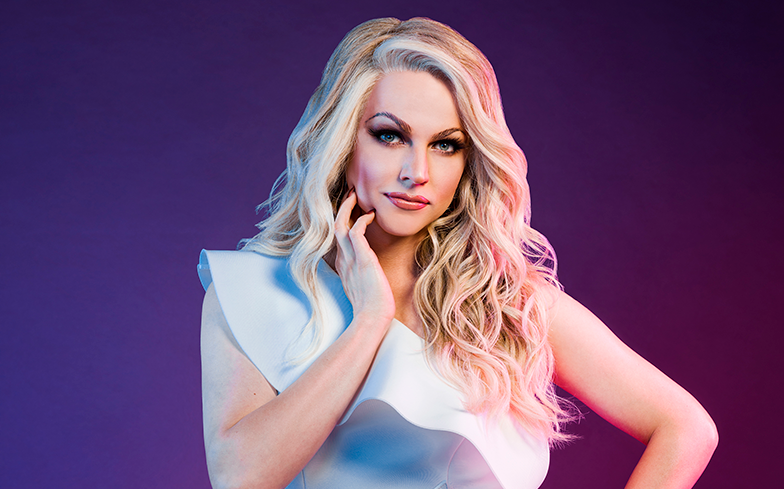 Courtney Act has explained why an LGBTQ version of Love Island would “damage” the community.

“If you show a whole bunch of queer people, maybe behaving badly was a bit harsh, but if you show LGBT people who are competing for a prize and inclined to be sensational for reality television, sometimes it can do a bit of damage to the identity that isn’t fully formed yet to the public’s perception.”

Courtney did say, however, that she hopes her upcoming bisexual dating series, The Bi Life – which she describes as a “social documentary” – will influence other dating shows to spawn queer spin-offs.

“The thing that I love with this show is that there’s no competition element, no-one is competing for money,” she revealed.

“You’re not there to convince people of anything other than the truth. On Love Island you’re trying to win the prize money and stay together; on The Bi Life, the winner is the one that finds love.” She added: “A few of them are still together, there’s a few success stories in the show, which is exciting.

“I think queer dating shows, we see some queer themes on First Dates and shows like that but I think this is so cool that it’s not a show that’s about people reacting to straight people or gay people.

“It’s a little hermetically-sealed microcosm of bisexual people on a dating adventure through Barcelona.”

The Bi Life premieres 25 October on E! UK & Ireland, and will be a ten-part series focusing on a group of bisexual, pansexual, fluid and questioning single British individuals on the “ultimate adventure to find love”.

It will take place against the backdrop of Barcelona, which is often referred to as the LGBTQ capital of Europe.

“As if this summer hasn’t been hot enough, we decided to crank it up another notch with The Bi Life on E! It’s high time there was a dating show for the large number of young people today, like me, who are attracted to more than one gender,” said Courtney in a statement.

Meet the cast of The Bi Life here.