Courtney Act performed as Shane for the first time on Dancing With The Stars, and made history 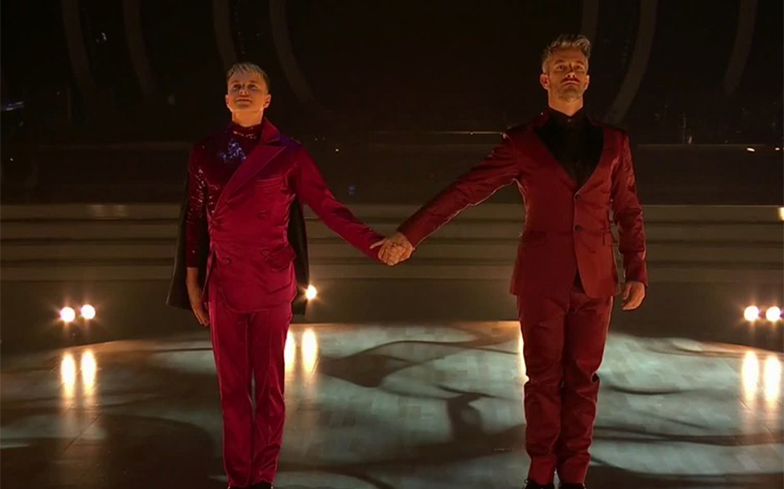 Courtney Act made history on this week’s episode of Dancing With The Stars Australia.

The former Celebrity Big Brother winner has competed on the series week-after-week in drag, and left us slain every single mothertucking time – she and her partner Joshua Keefe have topped the leaderboard an astounding eight out of nine times.

But this week, Courtney stunned audiences when she came out as her male self, Shane Janek, making it the first time in Dancing With The Stars history that two male dancers have both performed as male-presenting.

“Two boys dancing together on Dancing With The Stars. First time in the Anglosphere,” Courtney wrote on Instagram.

“So honoured to have the opportunity and amazing to do it with @joshuakeefedancer! Hope you all enjoyed and pretty please vote for us!”

The pair got through to the semi-finals and will compete for the crown next week, and have a high chance of winning. They have a total of 56 points, whereas Constance Hall and Gustavo Viglio have 45, and Samuel Johnson and Jorja Freeman have 46.

Watch the sickening, gender-defying routine below.