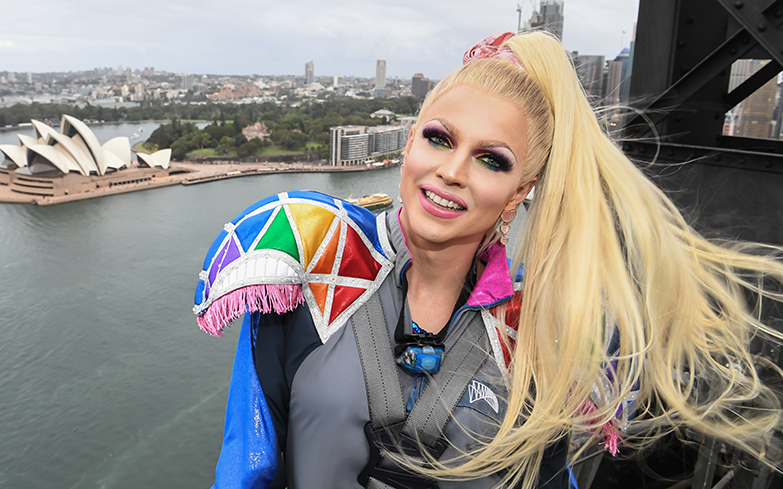 “Sydney is definitely ready to strut into Mardi Gras now.”

The legendary Drag Race star and Celebrity Big Brother winner performed pop anthems such as Juice by Lizzo, Teenage Dream and All the Lovers by Kylie Minogue, becoming the first drag artist to perform on the famous Australian structure.

“What a buzz to sing live on top of the Sydney Harbour Bridge, the Summit sundeck was definitely one of the most fabulous stages I’ve performed on and the crowd’s energy was phenomenal,” Courtney said in a statement.

“Sydney is definitely ready to strut into Mardi Gras now.”

Minutes before the performance, fans were treated to a surprise proposal from same-sex couple Andrew and Mike. The couple met in Spain eight years ago and now live in Kirribilli, which can be seen from Sydney Harbour Bridge.

Check out some of the best pictures from Courtney’s historic performance below.