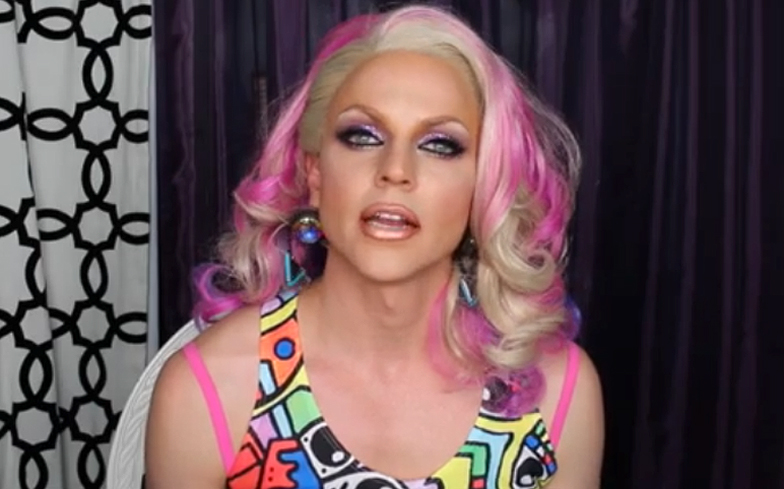 “It is more complex cos there is more than two answers and people aren’t used to that. They’re like male, female. Got it.”

RuPaul’s Drag Race finalist Courtney Act has been praised by fans of Celebrity Big Brother, after perfectly explaining the scale of gender and sexuality during last night’s episode.

In a conversation with India Willoughby – Britain’s first transgender television newsreader – the drag superstar said: “We know that a lot of people just see us the same and we both know that that’s completely incorrect.

“I think the tricky thing is that my feeling is that gender does exist on a spectrum.”

“I would say it’s like the Kinsey scale with sexuality from zero to six, where zero is exclusively heterosexual and six is exclusively homosexual. I think that gender’s similar where you know if one is female and six is male I’m probably a four.

“It is more complex cos there is more than two answers and people aren’t used to that. They’re like male, female. Got it.”

.@IndiaWilloughby and Shane J @courtneyact get to the bottom of the gender debate.

The clip has gone viral on social media, receiving 13,000 likes and 4,000 retweets on Twitter.

In another conversation from last night’s episode, Courtney questions conservative Ann Widdecombe on her anti-gay history, and manages to keep her composure throughout – despite Ann sticking by her views that marriage remains between a man and a woman.

“If a marriage is between a man and a man and woman and a woman, then why not between one man and two women?” she replied to Courtney, to which she responded: “Marriage has been redefined many times throughout history. You used to never be able to get divorced.”

Widdecombe stood by her views, telling Courtney: “A marriage is a civil institution that is defined by parliament – if people want to change that I’ve got to be persuaded that its a good idea and I’m not.”

Fans – and the media – have been quick to point out how articulate, calm and well-mannered Courtney has come across whilst debating gender issues, and she has become a front-runner to win the whole show.

Take a look below at Celebrity Big Brother fans praising Courtney on Twitter.

Regardless of whether you watch #CBB or not, @courtneyact's articulation of sexuality and gender is thoughtful, sensitive and compassionate – worth listening to. https://t.co/RznDqFg8qq

And this is why @courtneyact is the perfect person to put this case across https://t.co/w2DVTBLiEd

I’ve never been interested, or even cared much about Gender identity and sexual identity issues, but @courtneyact is so articulate with the subject I can’t help but be fascinated. I’ve learnt a lot watching #CBB 😂

I really like @courtneyact. Shane is coming across as so articulate in his conversation with Ann, and not losing his cool in the slightest! #CBBShaneJ #cbb @bbuk

More information on Courtney can be found here.