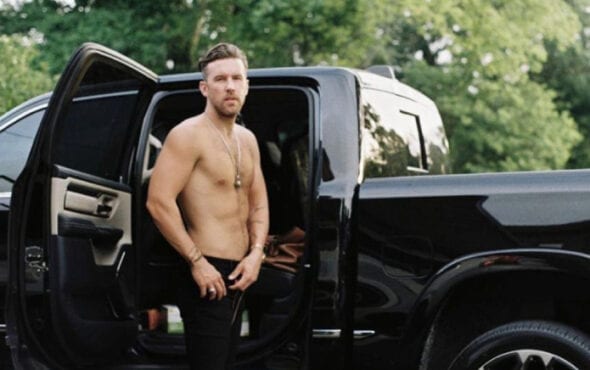 The singer has made history as the first openly gay artist signed to a major country music label.

T.J. Osborne, one half of the country duo Brothers Osborne, has come out as gay.

In an interview with Time, the singer-songwriter revealed that his family and friends have known about his sexuality for years, but now it’s finally time for him to live his truth publicly.

“I’m very comfortable being gay,” he told the publication. “I find myself being guarded for not wanting to talk about something that I personally don’t have a problem with. That feels so strange.”

By coming out, T.J. has made history as the first openly gay artist signed to a major country music label. Although he doesn’t think it should be a big deal anymore, he wants to be an example for other artists in the notoriously conservative country genre.

“People will ask, ‘Why does this even need to be talked about?’ and personally, I agree with that,” he explained. “But for me to show up at an awards show with a man would be jaw-dropping to people. It wouldn’t be like, ‘Oh, cool!'”

John Osborne, his brother and the other half of the country duo, recalled the moment T.J. came out to him: “He was very open and candid about it, and I was emotional, because my brother was finally able to be completely honest with me about who he was.”

“How often, in life, do we hold back parts of ourselves and wish that we didn’t? If I had to have all my money and success erased for my brother to be truly fulfilled in life, I wouldn’t even think about it. Not for a second.”

T.J. went on to explain that he’s “marginalised” his queerness throughout his career to “feel better about it”, but now realises that his sexuality is a major part of who he is.

“The way I think, the way I act, the way I perform. God, think of all the times that we talk about love, and write about love. It’s the biggest thing we ever get to feel. And I’ve kept the veil on,” he continued.

“At this point, my happiness is more valuable than anything else I’d ever be able to achieve.”

You can read T.J. Osborne’s full coming out interview with Time here.

The interview was met with support from stars within the country industry, including Kacey Musgraves, who wrote: “Overcome with joy. He’s one of my best friends and one of the bravest people I know. Love you, TJ. Celebrating you today.”

LeAnn Rimes said: “TJ, I hope you feel so supported today. It’s a brave thing to be wholly you in a world and industry that would rather you hide pieces of you behind a mask.”

See more reactions from stars such as Brandy Clark, Maren Morris and Michelle Branch below.

Overcome with joy. He’s one of my best friends and one of the bravest people I know. Love you, TJ. Celebrating you today. https://t.co/5Wg5NKkObM // @brothersosborne

TJ, I hope you feel so supported today. It’s a brave thing to be wholly you in a world and industry that would rather you hide pieces of you behind a mask. #lgbtq #whollyloved https://t.co/KePZYq2gKB

TJ!!! I’m super proud of you dude. I love the person you are and your heart. 🤙🏽🖤. Thankful for your courage. @brothersosborne https://t.co/3U85wFrRMs

One of the best guys I know. Proud of you, TJ! ♥️ @brothersosborne https://t.co/LkGdhoGWgv

Hoping today is a big step forward for country music. We have always been friends, fans, and supporters of the @brothersosborne and the 4 of us couldn’t be happier that he is telling his story.https://t.co/S6bNdMcQAJ

In an interview with The Ellen DeGeneres Show, set to air on Thursday (4 February), T.J. said he’s “curious” as to how his coming out will impact listeners in rural America.

“There’s a lot of hurdles, clearly, with people that don’t like gay people, and it’s just a thing,” he said. “But in some respects, I do feel like maybe through my insecurities, I’ve built it up to maybe be a bigger hurdle than it was the whole time.”

He added: “I kinda got to this point to where I knew there was really never going to be the perfect time, and that honestly, now that I’m kinda behind it now with the coming out, it’s wild to me that the perfect time is always now.

“I instantaneously felt that I wish I had done this a long time ago.”