Could you survive this Queer Eye drinking game? 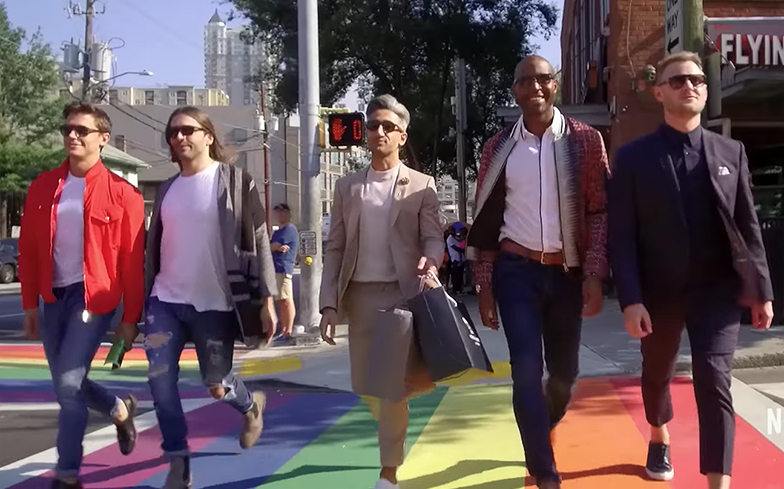 Someone has finally come up with a Queer Eye drinking game…

Drinking games are a general part of any get together, and as many will know they can be based off of anything from sporting events to movies. And now, Twitter user Dev has come up with one surrounding the hit reboot of Queer Eye.

The rules are simple, you just need to take a shot whenever: Jonathan says any variation of the word gorgeous, Tan suggests a patterned shirt, you find yourself attracted to Antoni, Karamo or Bobby have a dramatic interview or close up, you cry, or you wish you were a member of the Fab Five.

queer eye drinking game – take a shot anytime:
– jvn says any variation of gorgeous
– tan suggests a patterned shirt
– ur attracted to antoni
– bobby or karamo have a dramatic interview/closeup
– u cry
– u wish u were them

Related: The Fab Five make over a woman and a trans man in Queer Eye season 2 trailer

We can definitely see ourselves having a few shots, especially since every single episode has at least one massive tearjerker, but many people commented that a certain rule might be a little too much. And as you can imagine, it’s the one about finding Antoni attractive.

This would be realistic if the @antoni drink didn’t exist. If I drank every time Antoni looks amazing or charismatic or adorably humble guy next door, I would be black out in 5 min

I will always be drinking for @antoni

anytime I'm attracted to Antoni? Just put me on an IV drip and call it a day.

However, other people were quick to come up with their additions or variations to the rules. One user suggested that instead of Tan suggesting a patterned shirt, it could be whenever Tan suggests a French tuck. Another suggested that the Jonathan rule could be replaced with every time he says “honey.”

And if you think a full episode of Queer Eye might be a bit too risky to play this game, you’re in luck as Netflix has shared a 20 minute episode where the Fab Five travel to the town of Yass (yes, it really exists) in New South Wales, Australia to meet two men in dire need of a makeover.