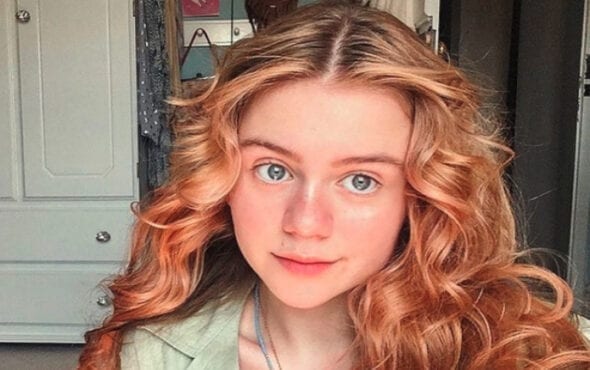 During an Instagram Q&A, the 16-year-old actress – who played Summer Spellman – was asked about her sexuality to which she responded: “I am bisexual.”

Matilda went on to thank her fans for the support, stating: “Can I just say – thank you for all the love and support I’ve received after making my sexuality aware on my socials.”

She continued: “I really wasn’t expecting it and it means the absolute world, you guys are amazing. I love you all.”

Matilda isn’t the only Coronation Street star who has come out as part of the LGBTQ+ community.

Earlier this year Kimberly Hart-Simpson revealed that she was pansexual during an appearance on Celebs Go Dating.

Prior to her coming out, the Welsh actress previously identified as bisexual.

In an interview with Mirror Online, Hart-Simpson gave further insight into her sexuality.

“I have dated people who are male, female, transgender… Gender is completely irrelevant to me,” she explained.

“We’re all on different spectrums. There are many qualities about me I would deem just as much male as female. It’s about the person, not what sex they were born. I just fancy everybody.”

She also revealed that her romantic interests are not limited to specific binaries. In fact, when using dating apps, the star used to change her Tinder search to “both”.

“When I woke up the next day, I’d think, ‘OMG, I hope no one I know has seen me’. Then I realised if they had, it would mean they were gay too,” she explained in the interview.

The magic of Pride Month continues.