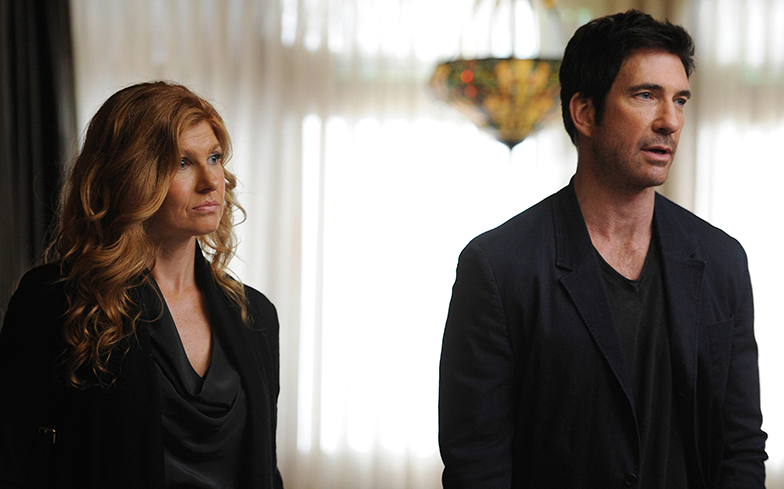 This is shaping up to be American Horror Story’s best season ever.

The two original leads of Ryan Murphy’s horror anthology series have been confirmed to reprise their iconic roles.

Connie Britton and Dylan McDermott starred in the show’s inaugural season – sub-titled Murder House – as Vivien and Ben Harmon, a struggling couple who move into a restored mansion which is – surprise! – haunted by malevolent spirits.

By the season finale, both characters died. However, before Vivien’s death, she gave birth to the anti-christ (literally) who will be the main focus of the upcoming eighth season, the highly-anticipated crossover between Murder House and Coven.

Cody Fern – best known for his role as David Madson in American Crime Story: The Assassination of Gianni Versace – will play the adult Michael in Apocalypse.

It was recently revealed that American Horror Story OG Jessica Lange, who made her last appearance on the show in season four (Freak Show), will be making her long-overdue comeback for Apocalypse as Constance Langdon, Michael’s adoptive mother.