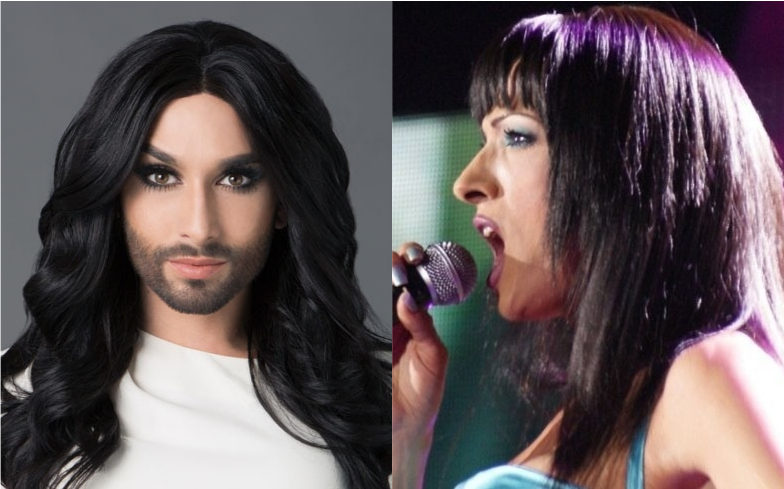 Other returnees include Verka Serduchka, who came second in 2007.

A new release has revealed that quite a few acts will be returning to this year’s Eurovision, which will be held in Tel Aviv, and among them are drag acts Conchita Wurst and Verka Serduchka, alongside Israel’s first-ever Eurovision winner, trans singer Dana International.

Last year’s winner, Netta, is also due to open the first semi-final, performing a new version of Toy, as well as a new single that is due out by the end of this month.

Dana International is due to perform in both the semi-final and the Grand Final, and although it’s not been revealed what she’ll be singing, the song has been described as “powerful.”

Meanwhile, Conchita Wurst and Verka Serduchka will be part of a four-group act of past Eurovision contestants, who will be performing songs from past entrants.

Other performers in the Grand Final will include Israeli singer Idan Raichel and Shalva, a finalist from Israel’s national selection for their Eurovision contestant.

Wonder Woman herself Gal Gadot has also been announced as making an appearance, but in what capacity is being kept under wraps.

However, one star who was missing from the announcement was Madonna. The global superstar was confirmed to be performing earlier this month by Haaretz.

The final of Eurovision Song Contest 2019 will air on the BBC on Saturday 18 May.