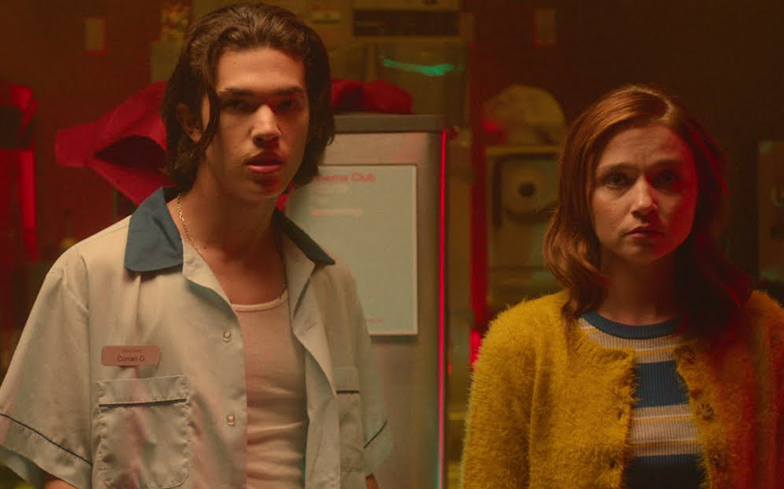 It is spooky season after all…

Paying homage to iconic horror films such as Dawn of the Dead, Zombieland and Michael Jackson’s Thriller video, the visual focuses on Conan and his co-worker (Jess Barden, The End of the Fucking World) as they finish their shift at a movie theatre.

Because it’s spooky season, it’s not as a simple as that. There, the two are ambushed by an army of Jess’ scorned exes, all of which have classic movie nicknames such as: The Meathead, The Nice Guy, The Art Boy and The Dreamboat.

“I wanted everyone’s worst nightmare to come true – all of your exes coming back from the dead to haunt you all in one night. Night of the Living Exes, if you will,” he said of the video in a statement.

“I thought it’d be fun to showcase all of the stereotypes in a cheesy 80s horror movie-esque video.”

Conan said he wrote Manic after receiving a “midnight drunk sob text” from his ex, who had been galavanting around town incorrectly telling people that he was “some freak who wouldn’t leave them alone”.

“In reality, they were the freak. They were the one acting like a maniac — sending strange late-night texts and showing up at my shows unannounced,” he explained. “I thought it was hilarious and all my friends had dealt with the same thing.

“I decided to write a cathartic post break-up song dedicated to psychotic exes.

Maniac follows in the footsteps of incredible pop anthems such as: Comfort Crowd, Checkmate, The King and The Other Side. It will be included on his highly-anticipated debut album, which is due for release later this year.

Maniac is now available on iTunes and streaming services – watch the video below.