Come thru! Layton Williams to star in Everybody’s Talking About Jamie 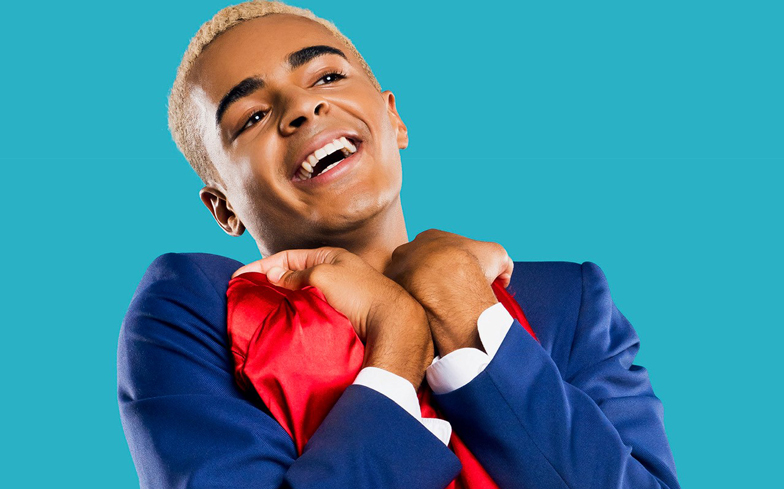 He’s sure to be a work of art…

Everybody will soon be talking about Layton as the television and theatre actor is set to take over the leading role of Jamie New in Everybody’s Talking About Jamie from 28 January 2019.

Layton is best known for playing the character Kylie in the BBC series Beautiful People and for playing the lead, alongside Jack Whitehall, in the critically acclaimed BBC comedy Bad Education.

Words cannot describe how excited I am to be taking over as JAMIE in @JamieMusical next year 👱🏾‍♂️
Can’t wait to slide into those red heels for my adult West End debut… 👠👠 pic.twitter.com/lgaGKrMO5e

He takes over from John McCrea who created the role of Jamie when the show first opened at Sheffield Crucible Theatre in February 2017, and who has played the role since its opening in the West End in November 2017.

On accepting the role, Layton tweeted: “Words cannot describe how excited I am to be taking over as JAMIE in @JamieMusical next year. Can’t wait to slide into those red heels for my adult West End debut.”

On the annoucement, Everybody’s Talking About Jamie producer Nica Burns commented: “We’re delighted to welcome Layton Williams as only our second Jamie as we say goodbye to the wonderful John McCrea, who created the role and leaves the cast on 26 January 2019. Layton is a supremely talented actor, singer and dancer with a long list of credits. He is equally at home on TV in series like Beautiful People and Bad Education as he is on stage in roles such as Angel in Rent and Seaweed in Hairspray.”

Adding: “I’m sure he will make the role of Jamie very much his own.”

After receiving rave reviews, it was announced earlier this year that Everybody’s Talking About Jamie will be turned into a major new film by Warp Films (This Is England, Ghost Stories), with filming expected to commence in Spring 2019.

Everybody’s Talking About Jamie will celebrate its first birthday at the Apollo Theatre in the West End on 6 November.