Closer To Heaven a triumph of immersion and world-building – review 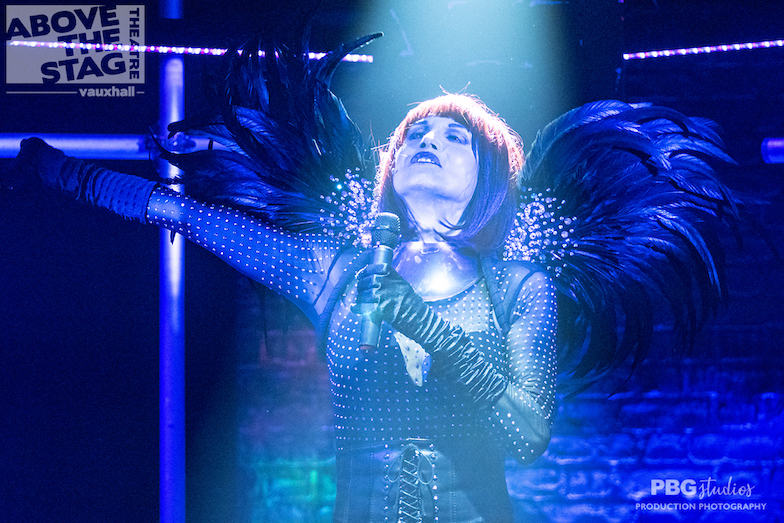 Above the Stag Theatre has launched its summer spectacular, putting its own unique spin on this renowned queer musical originated by Jonathan Harvey and Pet Shop Boys.

Closer To Heaven opened to a mixed reception when it premiered back in 2001. What’s delivered here however , despite remaining absolutely faithful to the original vision, is virtually a new musical. Director Steven Dexter, with input from both Jonathan Harvey and Pet Shop Boys, has dusted down and tarted up this digest of debauchery and given it a new lease of life.

This is a piece that succeeds through presentation of character and building of atmosphere, rather than any intricacies of plot – and both of those aspects have been capitalised upon here. There are so many superb performances that it’s difficult to single out any particular one as the lead.

Adele Anderson – of Fascinating Aida fame – is perfect as club host Billie Trix, expertly personifying the comically absurd air of decadent abandon that so often haunts such nocturnal creatures. Their fabulous rendition of It’s Just My Little Tribute To Caligula, Darling! is a highlight of the show.

Mikulas Urbanek also stands out as cockney dealer Mile End Lee; some of his scenes with Blake Patrick Anderson as Straight Dave are particularly memorable, throbbing with a charged eroticism that lingers and tingles in the recollection.

Christopher Howell is consummately captivating as Vic, the club owner. Howell’s depiction of a man conflicted and addicted is somehow hilarious and harrowing at the same time, and his performance of the song Vampires is a highlight. Matthew Ives is extremely watchable, especially when leading the other dancers in a superb rendition of Shameless that’s positively dripping with perfectly superficial glamour.

And there’s a show-stealing turn from Ian Hallard as the manipulative and predatory music producer, Bob Saunders. Pet Shop Boys presumably knew what they were talking about when they created this nasty, scheming, industry monster, and Hallard executes the role with devilish precision. Captivating!

Perhaps the standout performance here, though, comes from the lighting designed by Jack Weir. In a piece where atmosphere is everything, Weir’s illuminations tell the story just as much as the actors and music, undulating and pulsating in empathy with the action.Weir proves that he is an absolute master of his craft.

This is a triumph of immersion and world-building. We may be overly familiar with plays about drugs and clubs these days, but not many of them can boast one-liners by Jonathan Harvey and songs by Pet Shop Boys. Above the Stag constantly surprises by reaching for new heights and succeeding in ever impressive ways. After this climactic collaboration with the most celebrated gay playwright of the modern era, and one of the most successful pairings in UK music history, we can scarcely imagine what they’ve got lined up for us next.