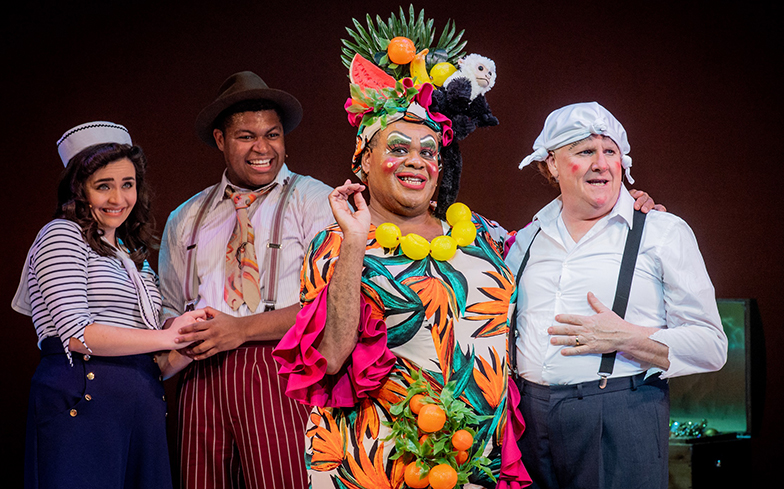 This year’s Hackney Empire pantomime tells the classic tale of one boy and his cat, written and directed by Susie McKenna.

“Get your minds out of the gutter!” bellows Clive Rowe, moments after making a dirty double entendre at the expense of Dick’s name. There’s not as much smut at our protagonist’s expense as we expected, however – while this panto may be full of humour for grown ups, it more leans towards politics than adult jokes. Playing at a theatre located in the heart of one of London’s safest Labour seats, quips about Boris Johnson or Brexit are received by an appreciative audience.

There are plenty of stellar performances here, but ever-dependable dame Clive Rowe steals the show – he really shines in this production. As Sarah the Cook, Rowe casually belts out seriously impressive vocals, while indulging in regular bouts of audience participation and looking utterly fabulous in a wild collection of costumes. With a lightning-fast wit and hilarious facial expressions he has his adoring crowd crying with laughter throughout. Annette McLaughlin as Queen Rat and Sue Kelvin as Fairy Bowbells make for a wonderful double act, too.

Some of the set designs look a bit flimsy and a handful of the choreographed routines are a little ramshackle, but this all adds to the show’s gloriously shambolic charm. This actually leads to some genuinely hilarious set pieces, including one of Rowe’s songs being thrown off-kilter by a wig malfunction. Speaking of the songs, they’re mostly high energy and well sung; the band, led by musical director Mark Dickman, also sounds great.

There’s a lot here to enjoy – the songs and silly jokes will appeal to younger audiences, while the grown ups can appreciate the adult humour, alongside political swipes not only at the expense of the current regime, but more subtle nods towards the Windrush scandal or arts funding. Delivered by a talented and hard-working cast it all adds up to a great fun night out at the Empire.