Tegan and Sara’s best-selling memoir is being adapted into a television comedy from IMDb TV.

Released last year, High School chronicles the Canadian pop duo’s journey towards self-acceptance and bout with drugs and alcohol during their adolescent years.

According to Deadline, the series will be set “through a backdrop of ’90s grunge and rave culture,” and “tangles itself in the parallel and discordant memories of two sisters growing up down the hall from one another.”

It’s reportedly a story about “finding your own identity – a journey made even more complicated when you have a twin whose own struggle and self-discovery so closely mimics your own.”

When we spoke to Tegan and Sara last year, they told us that High School came to fruition when they “realised how significant our story was and how little we hear women’s stories, especially queer women’s stories.”

“We’re constantly celebrating men’s creative genius but we rarely do that for women,” explained Tegan. “I think it became clear that this was an opportunity to tell a story that doesn’t often get told.”

Sara added: “We were in a pitch meeting with our book agent, just spit-balling ideas, and we were talking about our adolescence, our time at high school.

“It was a time when we figured out that we were songwriters, it was when we got offered a record deal, when we started having relationships with girls, when our parents got divorced, when we did drugs, when we sobered up; there was a lot to cover, a lot of material in those three years. That seemed to be the idea that stuck.”

The upcoming series hails from Clea DuVall, Plan B Entertainment and Amazon Studios and will premiere on IMDb TV, Amazon’s free streaming service. 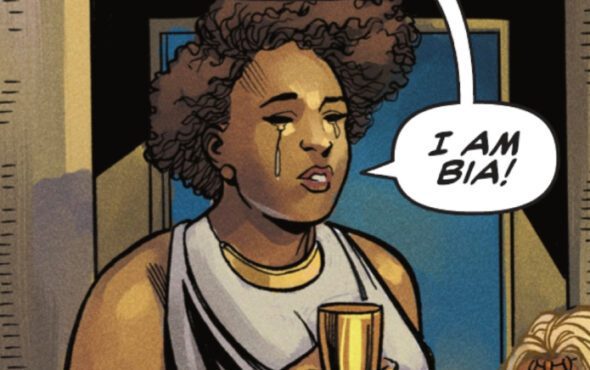 Following a successful career as an actress, with roles in films such as The Faculty, But I’m a Cheerleader, She’s All That, The Grudge and Argo, DuVall made her directorial debut with The Intervention.

Her next film, Happiest Season, premieres 25 November on Hulu.

It follows the story of Abby (Kristen Stewart), who plans to propose to her girlfriend Harper (Mackenzie Davis) while attending Harper’s annual Christmas party, only to discover that she hasn’t yet come out to her conservative parents.