Clark Moore “would love” a Love, Simon spin-off for his character Ethan 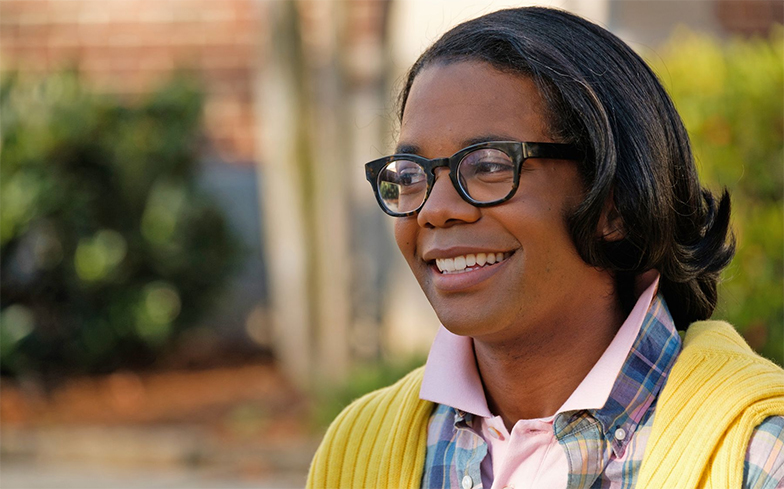 Love, Simon is arguably one of the most important LGBTQ movies to be released this decade.

Based on Becky Albertalli’s book Simon vs. the Homo Sapiens Agenda, the movie follows 17-year-old Simon Spier as he comes to terms with his sexuality, and is the first major-studio teen rom-com to feature a gay protagonist, which is a massive step towards equal representation.

While many viewers will find themselves relating to Simon’s “just like you” character, the more overtly queer among us will likely see themselves reflected in Ethan, the school’s resident out-and-proud gay teen played by Clark Moore.

“I would love that! That would be a dream come true. There’s so much to explore in that world, for sure,” Clark told Gay Times when asked if he’d be up for a spin-off based on his character.

“I haven’t heard anything about what happens for Ethan next, but I would like to think he finds love.

“I mean, I think it’s hard for anyone in high school to find love – definitely not one that lasts – but I like to think that he goes off to Dartmouth or Harvard or Stanford, and finds the Barack to his Michelle.” Asked whether he’d return for a sequel to Love, Simon he replied: “Yeah, absolutely, I would be more than happy to go back to Creekwood, especially signing up to go back with all the people I worked with.”

Elsewhere in the interview, Ethan revealed that the filming process gave him “a lot of hometown feels” as he grew up in Atlanta where the movie was shot, but confessed he wasn’t quite as confident as his character when he was at school.

“I would say that Ethan is a little bit more self-assured than I was, he’s far more confident and he always knows exactly what to say to get right back at the bullies,” he said.

“I didn’t quite have that, I mean I was outrageous and loud and loved attention, but I didn’t really have the quick comebacks, and I think of Ethan as being top of his class, smart as a whip, and I see him going on to change the world one day.

“So in many ways, Ethan is who I wish I could’ve been growing up.”

You can read our full interview with Clark Moore here.