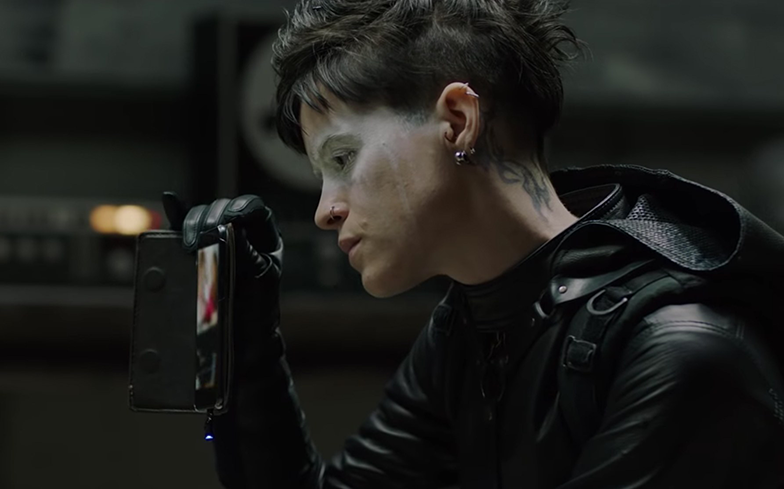 Claire Foy was speaking as her latest film The Girl in the Spider’s Web was released in cinemas.

The Girl in the Spider’s Web has now hit UK cinemas, and Claire Foy dons the leather suit to play the bisexual anti-heroine Lisbeth Salander.

And speaking to Pride Source, Foy explained how Lisbeth’s attitudes towards other people’s sexualities should be something that more people embrace.

“I loved that she [Lisbeth] had such an open attitude, not only to her own sexuality but to everybody else’s, a kind of non-judgment (and an) understanding that there should be no judgment about people’s sexuality or what they identify themselves as,” she said.

“There should be more protagonists who have that message. It’s very important.”

Foy went on to say that she requested that a lesbian sex scene in the movie should be removed. Speaking about the decision, she said she didn’t know whether the scene had been included to further explore Lisbeth’s sexuality, or if it had been included just to be “titillating.”

“Lesbian relationships in movies are often used not as truthful depictions of two women making love with one another; they’re often (done) as a way of titillating the male and appealing to men,” she said. “People’s sexuality, their sensuality, is something that I think there’s a lot of shame about in every walk of life; it’s something that’s weirdly not talked about, and I think people are not allowed to explore and express themselves and be open and be honest about what it means to be them, and that obviously includes your sexuality.

“I think it’s just really important to investigate that.”

When asked about other LGBTQ roles, she said: “I always thought my character Sawyer Valentine in Unsane was bisexual.

“I just did. I felt she was a very modern, young woman, and I think there’s an openness with this generation that definitely wasn’t around when I was younger.

“A kind of openness and understanding about sexuality and how it can be open in that way, that didn’t really exist when I was in school, so I think Sawyer probably grew up slightly with a bit more of that mentality.”

And when asked about her own sexuality, she confirmed that she had questioned herself, saying: “Especially nowadays, I do find the idea of people being prescriptive about sexuality and defining themselves by it… that’s why I found Lisbeth so fascinating.

“She sort of takes it for granted, that her freedom is expressed in that way. Why should she have to evaluate it in that way?

“I think that is something that I find really admirable and definitely like to encourage more in myself. That openness and that ability to allow yourself the freedom to explore everything that is out there and everything life has to offer.”