Citysong a poetic portrayal of a day in Dublin – review 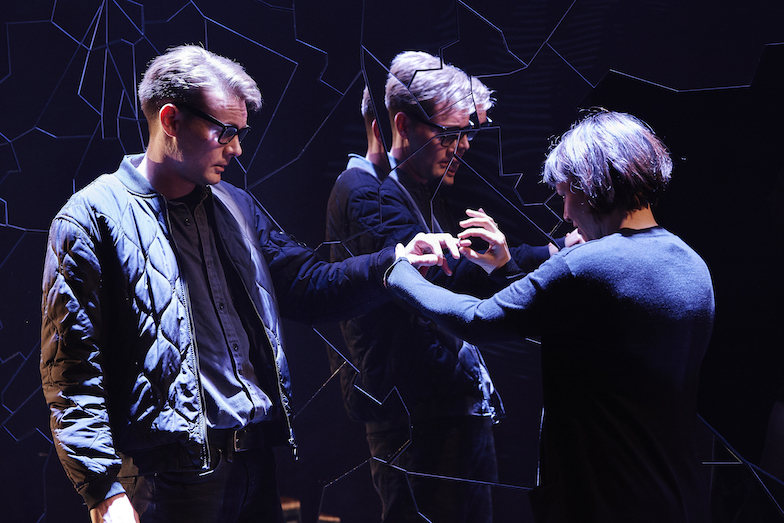 Citysong focuses on the intertwined stories of three generations of a Dublin family, detailing the events that unfold over the course of a day, with periodic glimpses into what happened to them previously. In a variety of settings around the city – be that a school, a hospital, a night club or a taxi rank – it sees a company of six actors taking on multiple roles over the course of 90 minutes, creating a wide-ranging narrative which essentially covers the entire life cycle.

Being delivered entirely in clever lyrical verses affords an other-wordly, dream-like quality to proceedings. We initially found this daunting – the text moves quickly, but the lines take a moment or two to process. We soon got used to the language, however, allowing us to follow the stories and appreciate events as they unfolded. Occasionally the monologues felt a little contrived but for the most part held our attention, and there were a handful of amusing moments.

At its best it made some relatable observations in everyday situations. There was a moment in a nightclub where one of the characters watched the clientele with amazement, wondering why they were all so good at dancing and social interaction, and how and when they learned to do this. Another poignant scene saw a women, having recently lost her husband, struggling to come to terms with all the information she still had about him and how to put that to use. They were both very vulnerable and candid moments.

Not each story was as engaging, unfortunately, and due to the repetitive nature of the play we did find the momentum started to wane as the show progressed. A couple of laugh-out-loud funny moments really helped add a bit of variety to proceedings and we would have appreciated a few more of these.

Citysong is a slight play and the format and subject matter means it’s likely to have niche appeal. However, we appreciated much of the poetic language and it has an unusual and occasionally very funny sense of humour. It won’t be everyone’s cup of tea but we found it to be a quirky, cute and poetic portrayal of a day in Dublin.