Christine and the Queens challenges “macho culture” in Girlfriend video 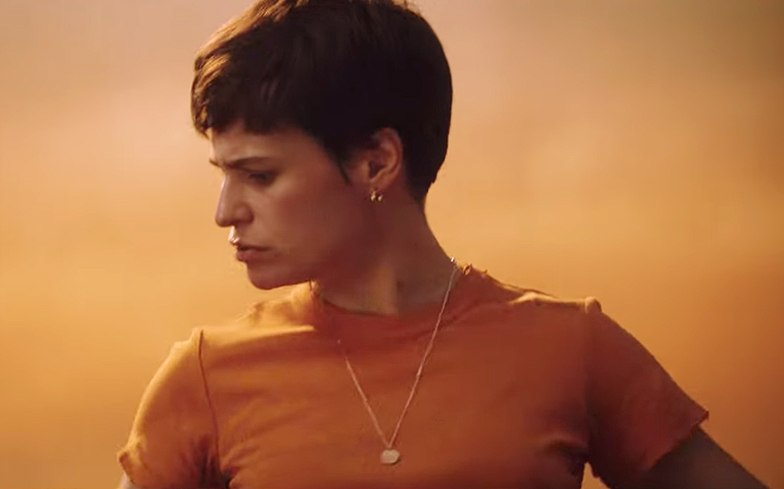 Christine and the Queens is back, and she’s got a brand new persona.

Today, the award-winning French singer-songwriter debuted the music video for her comeback single Girlfriend, and it sees the artist embrace her new moniker ‘Chris’ as she takes to the skies (literally) for

The clip pays homage to Charles Ebbets’ iconic photos from the 1930s of builders relaxing on girders in the air, while also subverting the image of masculinity with choreography from West Side Story and Michael Jackson’s Bad.

“The message is both simple and radical,” she explained.

“Simple because the video relies on energy and an effective use of choreography: more physical, sensual and assertive. Radical in terms of aesthetics: here, the gang concept blurs the lines between ballerina and thug.”

The song, meanwhile, sees Christine & The Queens take on the G-funk sound with the help of one of its pioneers, Dâm-Funk, who sings and plays on the track.

“I initially set out to smash against macho culture and macho men,” she continued. “I became obsessed with the idea of this macho man, and still being a woman.

“What does it mean if I’m this figure, and I’m still a woman? Does it make me an aberration? Is it joyful?”

“There are hints of nights spent having sex and coming back covered in sweat. Like a male figure, the young hero who has love stories, and comes back in the morning and his friends are like: ‘What happened to you?’ I want to be that.”

Girlfriend is the first single to be lifted from Christine and the Queens’ second studio album, which is expected later this year.

It serves as the follow-up to her fantastic debut Chaleur Humaine, which has sold over 1.3 million copies worldwide.

Watch the brand new video below.