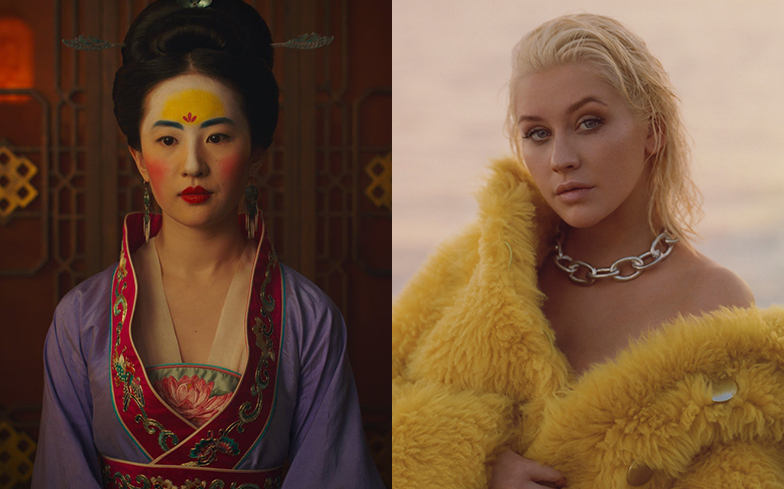 Christina Aguilera has confirmed that she’s re-recorded Reflection for the live-action Mulan.

The ballad, which was used in the original animation and remains one of its most iconic numbers, served as Aguilera’s debut single (yep, before Genie in a Bottle) and has been credited with launching her into the pop superstar she is today.

During a performance at her Las Vegas residency Xperience, the star told the crowd: “The live-action Mulan is coming out by the way. You have to go see it. I recorded a new Reflection and new material for the movie.”

Aguilera then said she’s been “working on that” and continued to perform the original version of the track.

Mulan stars Liu Yifei as the title character, as well as Jet Li as the Emperor of China, Gong Li as a new villain, Donnie Yen as Commander Tung, Xana Tang as Mulan’s sister, Jason Scott Lee as a warrior and Yoson An as a new love interest for Mulan.

Unlike other recent live-action remakes from Disney (The Lion King, Aladdin, Jungle Book), the new Mulan feels like a unique retelling of the classic story, with an entirely different vibe from the 1998 animated version.

There’s no songs, bisexual icon Li Shang isn’t in it, and the main villain is a powerful witch instead of Shan Yu. However, it looks action-packed. Prepare to spend some coins in the Disney store because Mulan’s status as a feminist icon is about to skyrocket.

Mulan will hit cinemas 27 March – watch the trailer here or below.