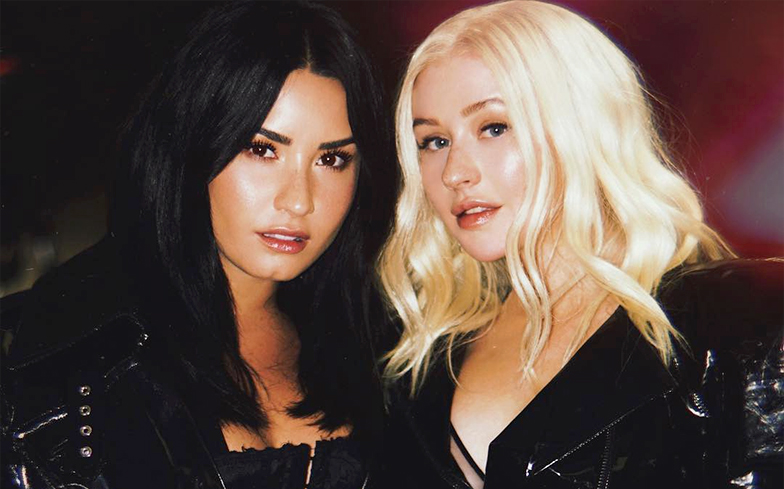 “You do not owe them your body and your soul…”

It’s been years in the making, but finally two of pop music’s most celebrated voices have joined forces for a battle cry of female empowerment that’ll leave you both exhausted and ready to fight for all the incredible women in the world.

“It’s just the way it is, maybe it’s never gonna change, but I got a mind to show my strength, and I got a right to speak my mind,” the two divas sing over the mid-tempo track, which encourages “little girls” to know they’re “more than flesh and bones”.

In the era of #MeToo and Trump, the track feels like the perfect middle finger to the oppressive forces that seek to keep women and minorities down – it certainly wouldn’t sound miss on an episode of The Handmaid’s Tale.

Christina and Demi will join forces to perform the track live for the first time at the Billboard Music Awards this Sunday, and we’ll definitely be tuning in.

Following raunchy comeback single Accelerate and emotional ballad Twice, Fall In Line is the third track to be taken from Christina’s much-anticipated sixth studio album, Liberation, which is due out on 15 June.

Listen to Fall In Line below.