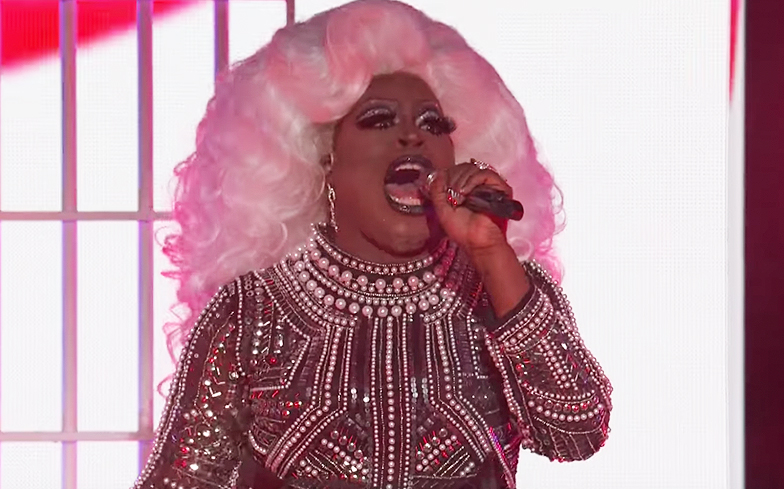 This is what you call live-singing for your legacy!

Back in September, Chris Weaver stunned The Voice coaches over in the US with his incredible rendition of Try A Little Tenderness.

So much so that each of the coaches – which consists of Jennifer Hudson, Blake Shelton, Miley Cyrus and Adam Levine for this run – all spun their big red chairs and got fully into the performance.

Three months on and the singer has found himself in the grand finale, taking the opportunity to perform as his drag queen persona Nedra Belle for the big spectacle.

Nedra was joined by Stephanie’s Child members Jan Sport, Lagoona Bloo, and Rosé for a fierce rendition of Bang Bang.

But that wasn’t all…

Jessie J appears at the end to jump in on the performance of her track, which was a global hit back in 2014.

The high energy performance was first for the reality competition, seeing one of their finalists compete in drag.

Unfortunately it wasn’t enough for Chris to win the public vote, as Chloe Kohanski triumphed as the 13th winner of The Voice US.

It was a sixth win for coach Blake Shelton, who was recently voted People magazine’s Sexiest Man Alive.