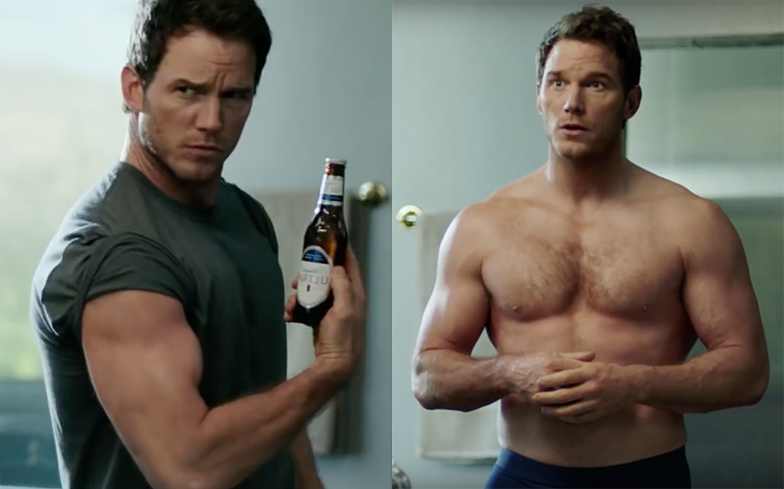 Chris Pratt made audiences thirsty as HELL last year when he showed off his muscular physique in Marvel’s acclaimed space-opera Guardians of the Galaxy 2. See here for the short (mouth-watering) clip.

He obviously realised that a year is far too long without gifting fans a shirtless appearance, because the American actor has flashed his chiselled bod in this new commercial for Michelob ULTRA (beer). Rejoice!

In the 30-second-clip, the 38-year-old hunk prepares to star in his first Super Bowl ad by workout out, going for a jog, doing curls with a beer bottle, and showing off his abs in the mirror. We think you’ll enjoy.

In a statement, Chris said: “These days, I’m trying to stay in top shape for work. So when I see a beer, I can’t help but squint my eyes and imagine a treadmill.

“Specifically how long I’ll have to be on that treadmill to burn off the beer. Michelob ULTRA … I can run that off very easily.”

2018 will be a huge year for the American actor.

His two upcoming films – Avengers: Infinity War and Jurassic Park: Fallen Kingdom – are two of the most anticipated releases of the year.

The last film in each franchise grossed over 1.5 billion worldwide, earning them both a place in the top 10 highest-grossing films of all time. So yeah, there’s a lot of hype…

Avengers: Infinity War will be released on 4 May and Jurassic World: Fallen Kingdom on 7 June.