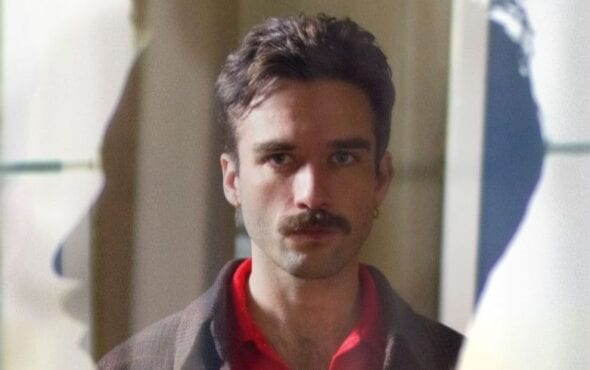 Chris Garneau is back with an incredible new LP.

American singer Chris Garneau has released his latest LP, The Kind, and showcased his beautifully haunting single For Celeste, a song highlighting the lost childhood for a queer youth.

Alongside the album release, Garneau will also be performing live from the Hudson Hall Opera House on 14 February.

The Kind, which was produced by Patrick Higgins, has been in the works for two years, and Garneau says that it has his clearest intentions yet and harks back to his grounded, pared-down debut album.

The Kind sees Garneau explore his “younger self from the responsibility of carrying so much weight” and he explains that For Celeste is about “facing the younger parts of yourself with compassion rather than imagining that you can banish them.”

Speaking about the song, Garneau said: “Childhood tends to be romanticised in so many different ways, and I do understand that for some people childhood can be really carefree and beautiful. But what I think is more important to consider is the spirit of a child rather than the experience itself.

“If we grow up queer or in any system of abuse or trauma, we aren’t granted the same freedoms as the others. This song is about getting the time back that you missed. Knowing that this is an impossible feat, however, what this song is really about is expressing yourself as an adult in such a way that you don’t feel inhibited or insecure.

“We often start chipping away at our core as we grow older, and the ‘inner child’ becomes a separate, abstract creature. I am asking what that separation really is and if it even exists at all.

“When we lose ourselves in those formative years, drugs, alcohol, and other darker forces can be more seductive than ever. A tendency towards that world can also make a person inclined to present in a way that might not be their most whole truth. We are encouraged to please people and fit a binary.

He added: “I hope this song encourages an embrace of our whole life, a certain patience, and real, practical love for one’s self.”

You can stream The Kind below, and tickets and further details for Garneau’s upcoming performance can be found here.

The Kind will be released on 29 January.