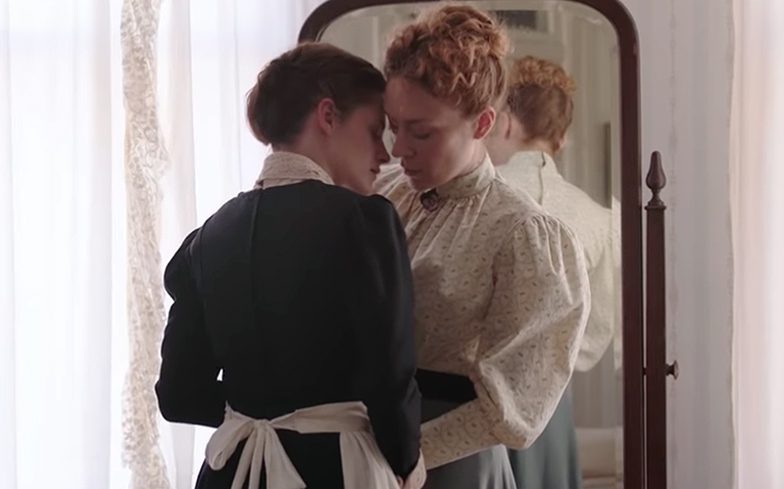 The first trailer for biopic Lizzie has been released, and it looks incredible.

Set in 1982, the movie retells the true story of Lizzie Borden (Chloë Sevigny), who was accused and eventually acquitted of the axe murders of her father and stepmother in Fall River, Massachusetts.

The murder mystery has remained a staple in American pop culture mythology, but the story becomes even more intriguing with the introduction of maid Bridget Sullivan (Kristen Stewart), who some theorists claim developed an intimate relationship with Lizzie.

Released over the weekend, the first trailer for Lizzie delves deep into the alleged lesbian romance, giving us our first proper look at Kristen and Chloe in action, and also explores the abuse both women experience at the hands of Lizzie’s father.

Asked by an interrogator whether her father had enemies, Chloë’s Lizzie replies: “This is America, sir. Every man with a pulse has enemies.”

Lizzie premiered at the Sundance Festival in January, where it received a largely positive response. It’s due out in US cinemas on 14 September, and UK cinemas on 18 November.

Watch the gripping trailer below.