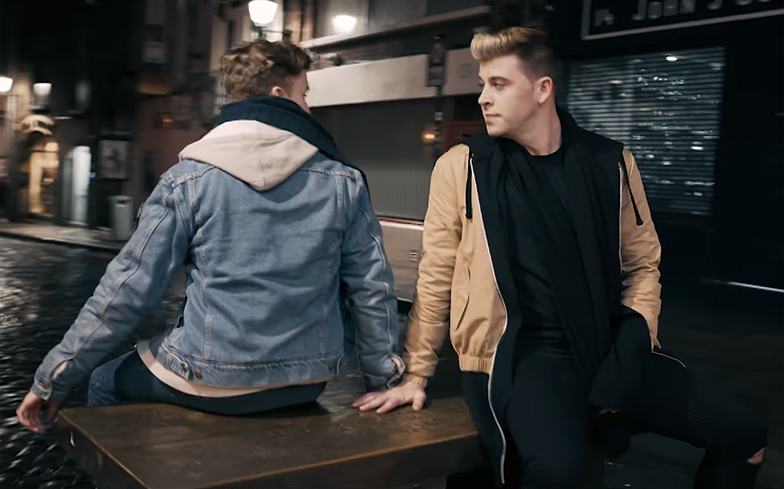 Ireland’s Eurovision entry Ryan O’Shaughnessy has praised the decision to ban China from airing the rest on this year’s contest after they refused to broadcast his performance because it featured a same-sex couple.

After the Eurovision Broadcasting Union were made aware of the censoring of LGBTQ reference by the Chinese broadcaster, they took away their rights to air the competition for the rest of this year.

Speaking about the ban, Irish entry O’Shaughnessy told Rylan Clark during the the second semi-final round – which aired on BBC Four last night – that it was the right action to take.

“You know what, I just – I’d like to welcome the decision by the EBU to do that because from the very start we’ve said love is love – doesn’t matter whether it’s between two guys, two girls or a guy and a girl,” he said.

“I think this is a really important decision by the EBU and they haven’t taken this lightly and I think it’s a move in the right direction so I’m happy about it.”

Rylan Clark added: “I totally agree with you and do you know what – this is Eurovision, it’s inclusive of every single person.”

After getting through the first semi-final show earlier this week, Ryan O’Shaughnessy will represent Ireland at the Grand Final on Saturday with Together.

The UK will be represented by SuRie and her pop anthem Storm, which she performed during the first semi-final on Tuesday.

“Whatever storms we are dealing with – be the personal, national or global – every single person I’ve spoken to has related to something different with the song, but specific and quite deep,” SuRie told Gay Times about her entry.

“It’s had that personal attachment. Everyone has sort of taken it on as their own. They’re all right, there’s no wrong answer to that.”

The Eurovision Song Contest Grand Final will air on BBC One from 8pm on Saturday, 12 May.

Related: How Eurovision continues to be a platform that amplifies a message of LGBTQ equality