Chika announces she is not retiring from music 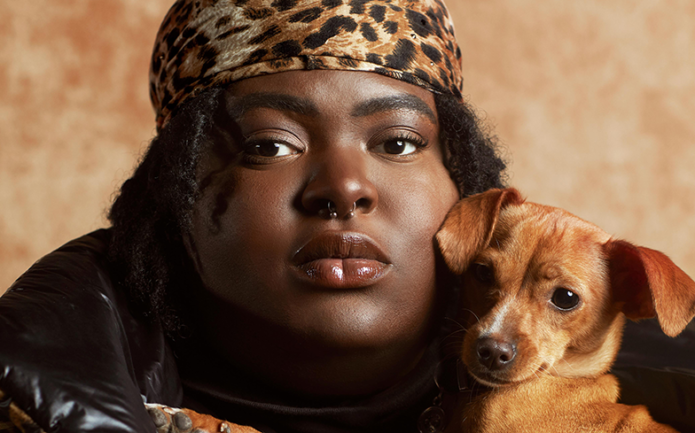 The Grammy-nominated artist has revealed she will no longer be stepping back from her career.

An acclaimed rapper and singer-songwriter, Chika is an unstoppable artist on the rise. Known for her unfiltered realism across her art and online presence, the artist has become a refreshing image of what the industry can look like.

Known for addressing topics of sexuality and mental health in her music, the singer hasn’t shied away from starting conversations online, but this has often left her open to criticism online.

On April 11, Chika took to Twitter to announce she was retiring and that she was “over it” due to her mental health and feeling suicidal.

However, on April 19, the rapper gave fans and followers an update on her wellbeing after sharing an emotional string of posts on Twitter.

“I am alive. I am okay. Thank you to everyone who has reached out to check in. It’s been a very intense week,” the singer posted. “I’m not retiring. After what I’ve endured in the past few days, I’m not ever allowing anything to stop me or almost take me from this ghetto ass earth,” the star tweeted.

Thank you to everyone who has reached out to check in. It’s been a very intense week.

I’m not retiring. After what I’ve endured in the past few days, I’m not ever allowing anything to stop me or almost take me from this ghetto ass earth.

Chika went on to thank Carbi B for her support and solidarity. “Thank you, @iamcardib for reaching out & showing such kindness to me in a time I don’t even think you knew was as serious as it was. You’ve always shown love to me & don’t think I could take that for granted. You’re appreciated.”

While the artist is making her return, she will not be sticking around on social media and announced she will be taking a break from posting.

“I will be stepping back from social media for the time being, whether that means silence or just having someone else post for me. I’m too valuable to be tampered with. And it took almost not being here to realize this internet shit isn’t worth it,” Chika posted.

Last week, Chika shared she had been struggling with her own mental health and called out online accounts targeting her with abuse.

“Let me repeat that: nothing you do matters. You’re nobody. The only thing you do is dogpile on top of people’s other mental problems and make them worse. I came on here and said I was retiring because that’s where I’m at — physically, mentally and emotionally.

“And you stupid bitches flooded my comments immediately, not know what the fuck I’m going through. You want me to give a good god damn about you and your stupid ass fifth grade stan friends? No, you can kill yourself too. Let’s do it together. Let’s make a suicide pact, you dumb fucks.”

Shortly after the post, Chika took to Twitter again to expand on why she was planning to retire.

“Today, I shared that I was thinking of retiring because the mental toll being in the industry has taken on me is not something you bounce back from easily,” she said.

“I’ve told my team, I’ve told my therapist, I’ve told friends and acquaintances. Today I told Twitter. what followed was a hoard of psychotic fans rejoicing in the decline of my mental health, harassing me as if I spoke to them first. When you have depression, the negative self talk you have towards yourself is deafening.

She added: “Now imagine a slew of weirdos dogpiling on top of thoughts you already have to fight off yourself. it’s not fucking cool, it’s not ‘trolling’ or ‘stan culture,’ you’re pushing people to a point of no return. and no, I don’t feel bad for wishing death on people who shit like that cuz you deserve the same fate as the people you effect.

“With that said, I’m out,” she concluded. “If it doesn’t work, I’ll try again. Idc. Have fun. I never liked it here anyway.”

The artist posted an explainer on her situation in an online post on Twitter, which you can read below.

Chika has long stood as one of the pioneering voices in rap and LGBTQ+ visibility. We hope the singer is able to continue breaking stigmas and pushing the boundaries of the industry.