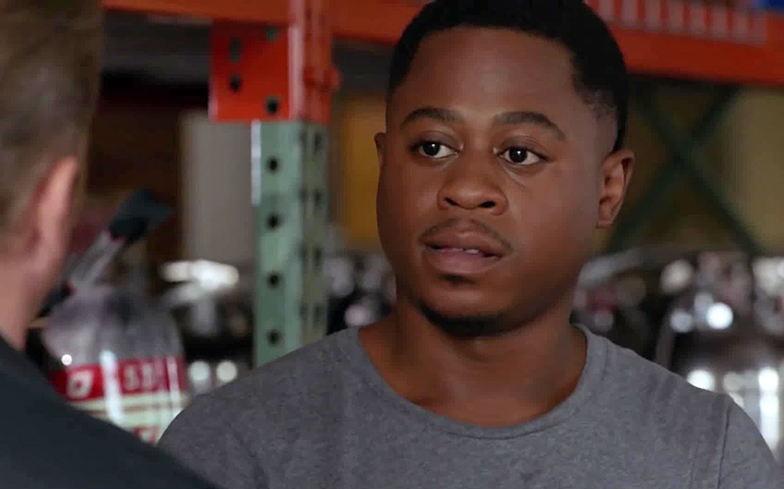 A beloved Chicago Fire character just came out of the closet.

Darren Ritter, played by actor Daniel Kyri, revealed to Fire Lieutenant Christopher Herrmann that he has a boyfriend in a recent episode of the long-running firefighting TV series, which aired 2 October.

“Hey listen, you better show up at my barbecue. Now, bring a date – you got a girlfriend?” Herrmann asked Ritter during the scene.

Herrmann appeared taken aback at first, and wasn’t sure if he was being serious. But when Ritter confirmed that he really does have a boyfriend, Herrmann joked: “You aren’t vegan too, are you? Then bring your boyfriend to the barbecue.”

“I guess the cat is OUT of the bag,” said Kyri, who also identifies as queer, after the scene aired.

“What dope timing. To have my Chicago Fire character come out just before the Supreme Court case tomorrow AND National Coming Out Day later this week?? May he continue to be a beacon of light and beautiful representation.”

It was a subtle but sweet coming out scene that’s received praise from viewers for improving representation for queer people of colour.

“Ritter telling Herrmann he has a boyfriend then Herrmann’s 2 seconds of shock then immediately asking Ritter if he’s Vegan. Perfect response, nothing changed,” wrote one fan on Twitter.

“I hope we get to meet Ritter’s boyfriend soon,” added another.

Chicago Fire airs on NBC in the US and Sky Witness in the UK.