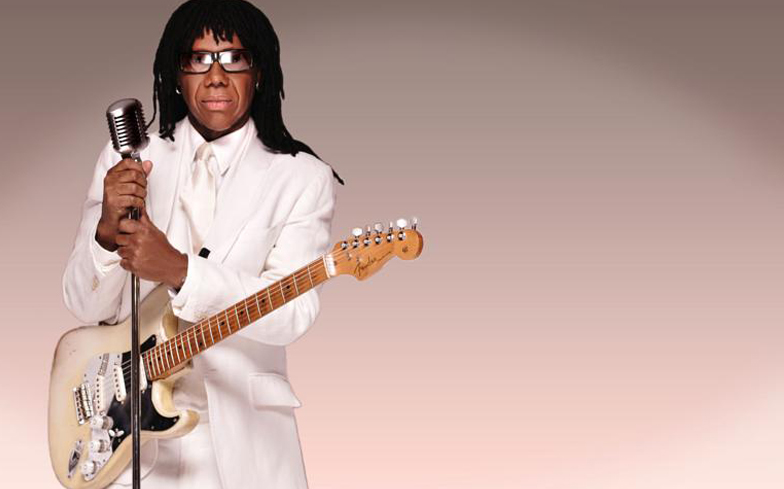 “The world has gone mad, we might be safer on the dancefloor,” goes the first line of the first verse of the first track on Nile Rodgers’ first new collection of material in over 25 years.

It’s a fair and urgent statement to make considering the current state of things – and at least when it comes to the Chic Organisation and their knack for serving up grooves more sweet and chewy than a stick of blueberry bubblegum, they have an antidote for it: the power of disco.

It’s About Time – the collective’s ninth instalment in a career which spans five decades – pays homage to the classic sounds of their beginnings, while refreshing their appeal with the brightest talents of today.

Craig David and Stefflon Don on a Chic track together? On paper that feels pretty out there, but actually Sober thrives on Craig’s soulful tone, Steff’s tight bars, all backed by Chic’s bouncy production recalling elements of early hip-hop.

Where It’s About Time really feels like you’ve fallen into a wormhole that will spit you right into the middle of the hedonistic dancefloor at Studio 54, however, is on lead single Till The World Ends, and Hailee Steinfeld number Dance With Me. Both pulse with Nile’s trademark funk-flickering guitar licks, with it’s Marvel-esque superpower of being able to hypnotise you into moving muscles in your body you didn’t realise were still active.

And that’s the joy of Chic: it’s happy music you can’t help get lost in. There’s a triumphant sentiment that runs through every track.

I Dance My Dance is where the Chic Organisation have their moment to rule it solo, standing out as the Throwback Thursday anthem on the album. Much in the same vein, Lady Gaga’s full cover of Chic’s classic hit I Want Your Love (part of which she originally premiered in a Tom Ford campaign back in 2015) is fun, fierce, and full of flamboyance. The opening sultry shoutout of “Nile! Chic! Gaga!” will give you life.

Elton John and Emeli Sandé’s turn on Queen slows things down towards the end with its soulful lullaby rock, but it doesn’t affect the overall energy of It’s About Time too much.

There’s plenty of good times here for fans old and new to enjoy. Enough that, when the world eventually does descend into chaos, you’ll know where to find us…