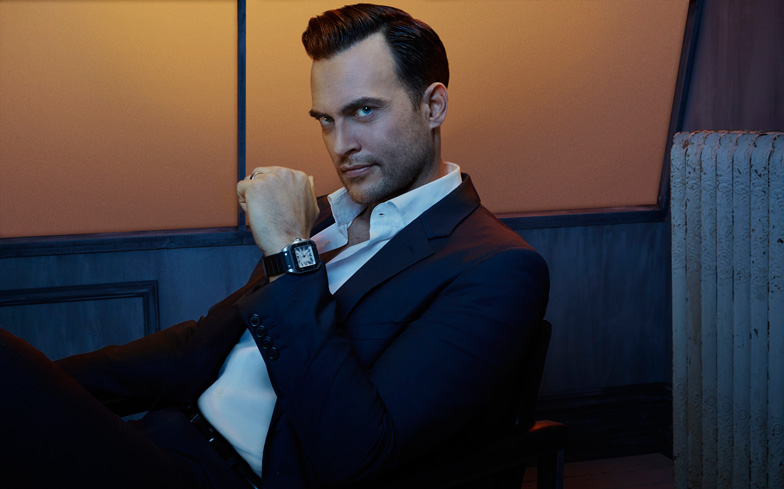 The openly gay actor will be joining the Disney family when Descendants 3 premieres.

Cheyenne Jackson has signed up to play Hades in the Disney direct-to-TV film, Descendants 3. The film will follow the same characters as the two previous films in the Descendants series.

For those who are not in the know, the Descendants film series is about the children of Disney villains. They are Mal, Carlos, Jay and Evie, the children of Maleficent, Cruella de Vil, Jafar and the Evil Queen respectively. Dove Cameron, Cameron Boyce, Booboo Stewart and Sofia Carson play them respectively.

But it’s not just Disney villains as Mitchell Hope plays Ben, the son of Belle and the Beast, and Sarah Jeffery is Audrey, the daughter of Aurora and Prince Philip.

Although Hercules and Hades haven’t been seen in the series, in the second film both were referenced, alongside their children Hadie and Herkie, who will probably make an appearance.

Making the announcement on Instagram, Jackson wrote: “WHAT IN THE HADES? Excited to announce what I’ve been working on. Thanks for welcoming me into the Disney family. #descendants3

“Disney film The Descendants 3 just got more villainous. The cable net said today that Cheyenne Jackson is set to play Hades, the underworld ruler from Disney’s 1997 toon Hercules, rounding out the cast of the telepic threequel set for 2019.”

Sadly, many details of the film are being kept under wrap, but it has been confirmed that Dr. Facilier from The Princess and the Frog will be debuting, as will Squeaky and Squirmy, the sons of Peter Pan’s Mr. Smee.

Related: Cheyenne Jackson covered Lady Gaga’s Edge Of Glory and it was magical