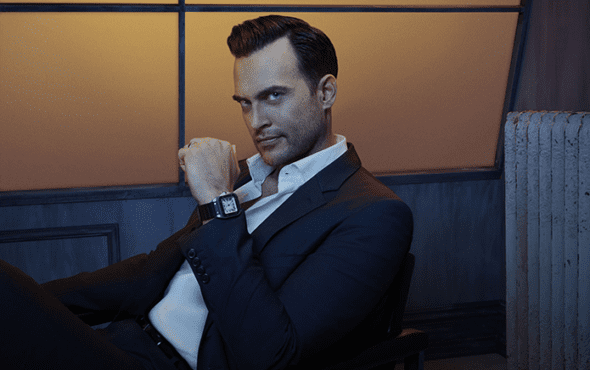 “That’s what we were all gearing up for, and then it turned into something totally different.”

Cheyenne Jackson has revealed the original theme for the sixth season of American Horror Story.

The actor, who currently stars in HBO’s new LGBTQ+ docuseries Equal, said the season’s theme was going to revolve around the American Civil War.

“Matt Bomer, me and Finn Wittrock were going to be brothers, which is funny, because there’s that meme of us where people think we all look exactly the same,” he tells GAY TIMES.

“Ryan said, ‘Yeah, it’s gonna be it’s gonna be a Civil War thing.’ He pitched it to us and that’s what we were all gearing up for. Then, it turned into something totally different.”

Jackson added: “Remember that Nicole Kidman movie, The Others? Remember how the whole thing felt kind of dreamlike and foggy? And then there’d be like a civil war? I just think there could be some cool stuff in that which might be kind of interesting.

“But nothing I could think of will ever be as cool as what Ryan does. So, I just wait, I just wait for the call.”

The sixth season of American Horror Story memorably explored the infamous 1580s Roanoke Colony disappearance. Although it became one of the most acclaimed instalments in the series, it was met with a polarised reception from fans.

Jackson starred in seven episodes as Sidney Aaron James, the lead producer of My Roanoke Nightmare, a documentary based on a couple’s experiences with the Colony at a farmhouse in North Carolina. “That was the most unhinged that I got to be,” Jackson says of the character. “I got to be this insane reality show producer who would stop at nothing to get the shot. It was very fast and I could look directly in camera.

“Angela Bassett directed my big episode that was really fun. I got an incredible interrogation scene with Kathy Bates, which is just an actor’s dream, because she’s the best of the best.”

Jackson made his American Horror Story debut alongside Lady Gaga in Hotel, before starring in Roanoke, Cult and Apocalypse. He is yet to return to the franchise.

In Equal, the star portrays Dale Jennings, a founding member of the Mattachine Society in the early 1950s, one of the earliest gay rights groups in the United States. He was also one of the founders of One Magazine, the first pro-gay publication in the U.S.

Equal is now available to stream on HBO Max – you can watch the trailer here or below.